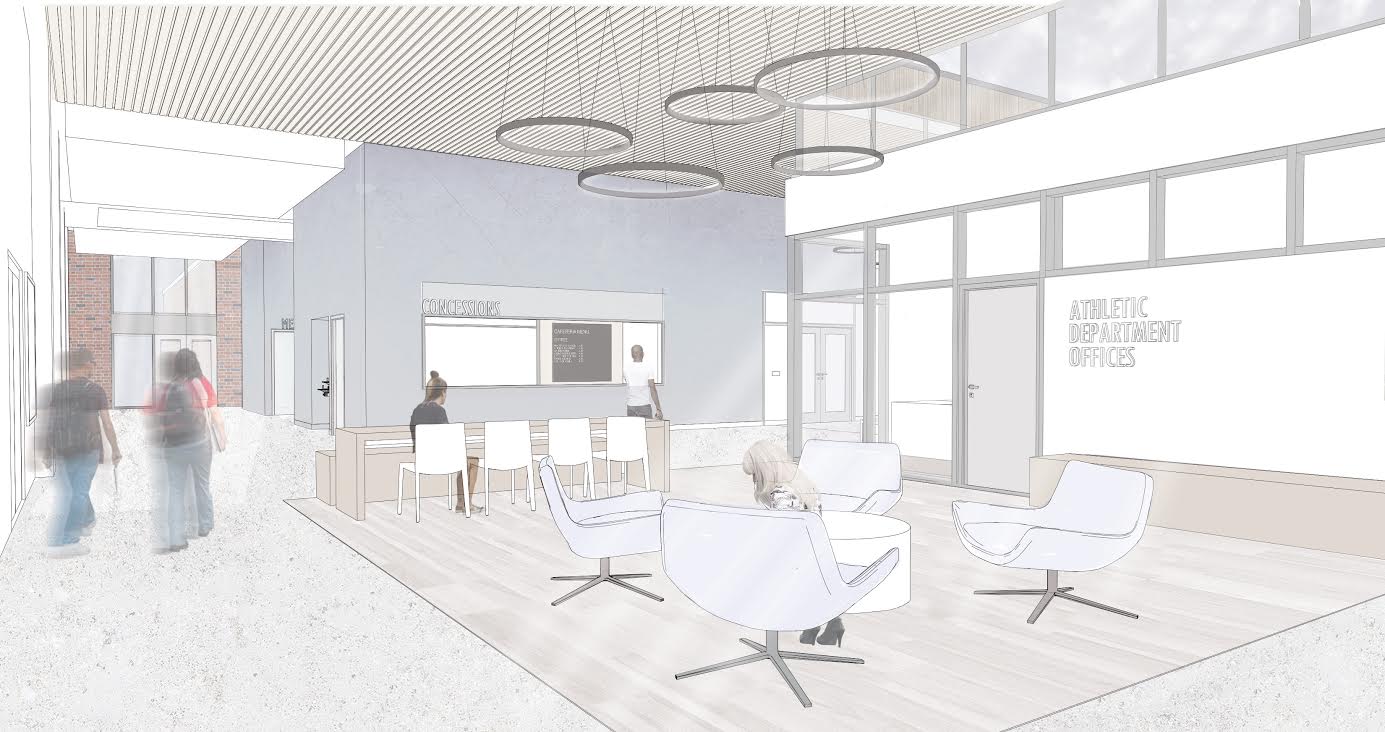 “We’re finally going to be able to have a living room” feel on the athletic side of the school, said Mr. Chris George, the school’s athletic director. “It’s just going to be a better community space.” (La Salle Prep)

“We’re finally going to be able to have a living room” feel on the athletic side of the school, said Mr. Chris George, the school’s athletic director. “It’s just going to be a better community space.”

After years of envisioning a brand new space for La Salle’s fans, students, and athletes, the school administration is moving forward with plans to eventually complete a $5 million renovation of the current athletic facilities. The renovation will include the addition of 3,200 square feet of new facilities, along with improvements to the gym, fitness center, training room, and locker rooms.

For more than twenty years, the Campus Development Committee has been involved in a planning process to update and modernize La Salle’s campus. After having already completed several other recent renovations such as the theater lobby and counseling center, the Committee’s next major project is the athletic center, which has remained largely the same since the school was built in 1966.

Of the $5 million total for this project, the school has already received $3 million in donations. The goal is to raise the remaining $2 million by Dec. 31 of this year, so that the project can move forward quickly, with a target completion date in the fall of 2020.

“We are really hopeful that we can meet this aggressive timeline and get it done next fall,” said Ms. Andrea Burns, La Salle’s Vice President of Advancement.

In 2018, the school received the first gift for this project, $1 million from Elsie Franz Finley and her late brother Robert Franz. Finley was La Salle’s first ever female board member and a dear friend of Father Lawrence J. Saalfeld, whom the facility will be named after.

Saalfeld served as a priest at St. John the Baptist Catholic Church in Milwaukie, and was also a member of La Salle’s board. He was known for his presence at sporting events and his love for the Falcon athletic programs.

In June of this year, the school received another $1 million gift from alumni parents Jim and Linda Pliska. Jim graduated from La Salle back in 1977, and so did their two daughters in the early 2000s.

Just recently, the school received a $500,000 donation from the nine children of Gene and Betty Feltz, who graduated between the years of 1971 and 1986.

The Booster Club also just confirmed their pledge to make a $100,000 donation in support of the project.

“There’s a lot of hard work that still needs to be done and not just by us, but also by those that are considering giving,” said Mr. Matt Winningham, the school’s Executive Director and Chief Financial Officer. “We’re thankful for their generosity.”

One factor influencing La Salle’s prioritization of new athletic facilities is the planned school improvements in the North Clackamas School District. The Committee is trying to get ahead of these schools because students attending La Salle have a choice and it’s possible that their choice might be impacted by a renovated facility.

A significant benefit of the overall renovation will be improved campus safety and security. After La Salle experienced a lockdown during the 2012 Clackamas Town Center shooting, the Clackamas County Sheriff’s Department performed a safety audit on the school, which identified ways to make La Salle’s campus more safe.

One of the recommendations from the Sheriff’s Department was to make it easier to lock down the athletic center in case of emergency. With the planned renovations, there will now be a more official entrance on that side of the building, with better security.

The new entrance will replace a portion of the courtyard in front of the gym. It will be part of the additional 3,200 square feet and open up into the new athletic commons.

The commons will include many additional improvements such as public restrooms, a designated place for ticketing and concessions, a health and physical education classroom, a comfortable seating area, and a new way of displaying athletic achievements.

With administrative supervision, it is likely that students will have access to the commons during the school day, including during lunches.

The goal is for this new space to serve as a welcoming environment for everyone at La Salle. “We’re finally going to be able to have a living room” feel on the athletic side of the school, said Mr. George. “It’s just going to be a better community space.”

The new girls and boys locker rooms will be located directly next to one another. They will share a similar layout and each include new semi-private showers, a changing area, a better arrangement of lockers, and two team rooms. Both the boys and girls locker rooms will be much more similar in size than they currently are; however, the boys will have one larger team room that can accommodate the larger size of the football team.

“We’re addressing the balancing of this space to be [as] equitable [as possible],” said Ms. Burns.

One current issue with the existing locker setup is that many students do not use the lockers. “My hope is that the new space and the way it’s designed will encourage students to use [the athletic facility] lockers on a more frequent basis,” Mr. George said.

The fitness and training center will now be located in the back of the athletic facility. Each space will increase in square footage. The fitness center itself will have a roll-up door opening towards the tennis courts and allowing for better circulation and movement in and outside of the building.

Currently, storage space is limited, with some items being inaccessible at times based on where they are being stored, in the boys or girls locker rooms. This will be addressed with a new storage space that anyone will be able to access, without having to go into a specific gender’s locker room.

After more than 50 years of athletics taking place on the same hardwood floor, the gym will receive brand new flooring. In addition to the new flooring, the gym will gain a new heating and air conditioning system, with a new roof, and a reinvented display for the championship banners.

Assuming that fundraising goals are met by the end of this year, the school hopes that the construction phase will begin in the late winter or early spring of 2020, but there is no exact date yet.

“It’s going to be a serious disruption to everything we’ve been used to being able to do, but it’s going to be worth it,” Mr. George said. He asks that students remain patient and flexible during this phase.

The school is hoping to complete the most disruptive parts of the construction during the summer, so that it will have the least impact on students. This means that basketball and volleyball summer camps may have to be held at different locations.

For a construction project of this type, “typically they’d want nine to ten months,” Mr  Winningham said. “We’re asking them to do it in a shorter period of time.”

The school is instead hoping for an eight to nine month timeframe. 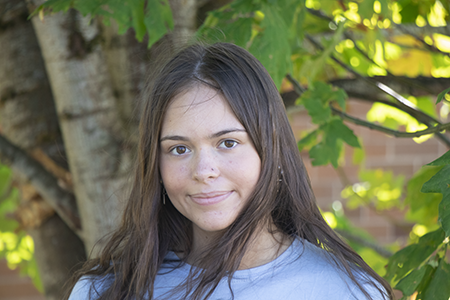 Carlie is a senior at La Salle. She is the Vice President on Executive Council and a member of the National Honor Society. Outside of school, she loves...

One Response to “La Salle Makes Plans for the Saalfeld Athletic Center, a Major Campus Upgrade”