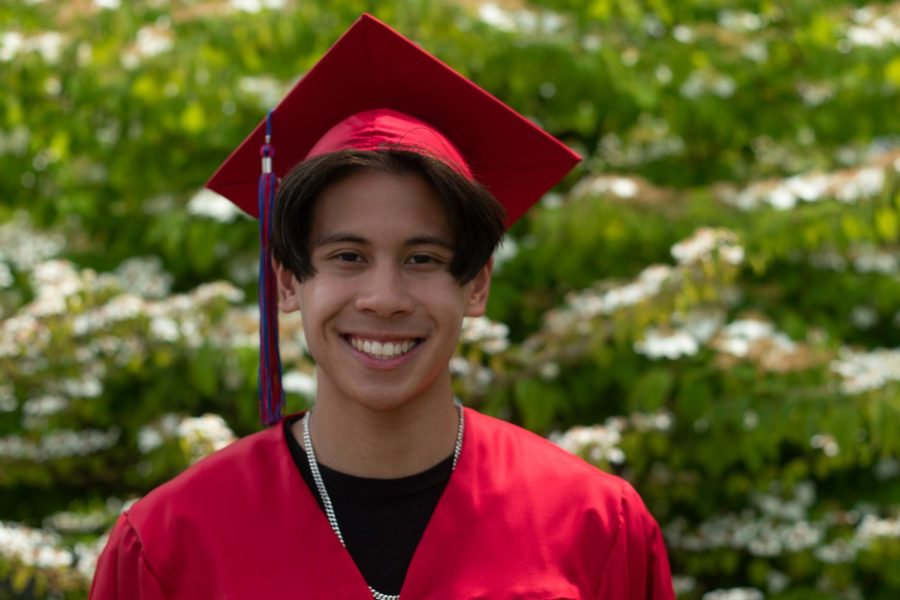 After departing from La Salle, salutatorian Jonathan Hortaleza looks forward to Chapman University, where he plans on studying Biology. Once he earns his degree, he wants to become a physician’s assistant.

Salutatorian Jonathan Hortaleza, who commonly goes by Jonny, is extremely competitive in every aspect of his life. From academics to the track field, he finds joy in being a part of the best of the best.

Now, Hortaleza has a title to show for the dedication he has demonstrated.

But, he was not always as driven as he is now. When Hortaleza started attending kindergarten at Christ the King he felt “like an outsider immediately,” he said. “Everyone already knew everyone else from preschool or family friends. And I came from a different preschool than everyone else and my parents didn’t know all the other parents.”

Although he said he was picked on in kindergarten, “I did make one friend,” Hortaleza said. “Akhil Casper.” When Casper gave Hortaleza the chance to be friends, he slowly but surely started becoming more established in the CTK class. “We just developed this Christ the King bond I guess,” Hortaleza said.

Hortaleza attributes his academic competitiveness to Casper. “Akhil has always been a scholar and one of the smartest in the class,” Hortaleza said. “And since he is my best friend, I can’t let him beat me, you know?”

Since he surrounds himself with people who push him to constantly improve, it was only natural that Hortaleza joined a club track program — Rose City Track Club (RTC) — in 2020, when there were slim opportunities to practice otherwise. “I joined and I guess I never looked back since,” Hortaleza said.

When Hortaleza first started doing track in 4th grade, he said he was one of the slowest on the team. “I remember my very first race,” he said. “I go off to start, I look up immediately, and everyone else is five meters, ten meters ahead of me. I’m like, ‘What am I doing?’” he said.

When 6th grade came along, “that’s when I kind of broke out a little bit,” Hortaleza said. Coming out of middle school, “I was feeling pretty good,” he said. “I think I was the second or third fastest on the team.”

But once the high school track season came around, Hortaleza said he felt humbled. He remembers being surrounded by people like James Menor, La Salle’s star running back at the time. “Oh my God, he was so fast,” Hortaleza said. He had a similar experience when he started training with RTC. “I felt so behind and I just wanted to catch up with them as fast as I could,” Hortaleza said.

As a senior on La Salle’s track team, Hortaleza said that he was a leader, but not a typical one. “I’m not one to unite and call people together and inspire,” he said. “But it’s kind of weird. In a way, I did have a leadership role with the team, just not a vocal one.” Hortaleza led by example, and noticed that his “effort dictates the effort of the rest of the team,” he said.

One practice stood out to Hortaleza in particular. He said that he was giving around 80-90% of his maximum effort, “relatively hard,” he said. “When I go hard, everyone else goes hard.” About halfway through the workout, Hortaleza’s leg started cramping and he “collapsed, basically,” he said. No one else was able to finish the workout after that, even though Hortaleza said that they were only halfway done.

One of Hortaleza’s favorite things is winning. Since he had not really won anything before middle school, Hortaleza finds fulfillment in being successful. “I was really grounded and humbled to see myself finally succeed and win and compete with some of the best — and beat them too sometimes,” he said. “It means something to me.”

Next year, Hortaleza will run track for Chapman University in Orange, California. He realized that he had the ability to run in college around six months into running with RTC. “The first meet of the club season, I really shocked myself,” Hortaleza said. He earned a personal record, cutting his time down by over a half of a second. “I was like, “Wow. If I can improve that much in that amount of time, imagine where I can be by the time I graduate,” he said.

For Hortaleza, learning online during his sophomore and junior years was extremely difficult. Before the pandemic, Hortaleza found it easy to stay on task in class and did not need to put in a lot of extra effort in order to earn good grades. Fighting habits of procrastination, Jonny was recommended a studying technique from a friend called the Pomodoro technique.

This technique allows you to focus on one task for a set period of time, and then there is allocated time for a break. Hortaleza does 25 minutes of work with 10-minute breaks in between. “That’s what helped me study and be focused,” he said.

He thinks what sets him and the rest of this year’s group of valedictorians and salutatorians apart is that they were “mentally strong,” he said. “To keep up with this workload and other things like extracurriculars like sports and all that so I think we are just mentally strong and we just know how to manage our time.”

Hortaleza said that he had the most fun in Physics during his freshman year. While doing a lab, Hortaleza had to record his distance per second. “Jack Sharp wanted to race me for the running trial,” he said. “So, we started by the library doors, and then someone says ‘Ready, set, go,’ and we go. And we keep running. Me and Jack, we were really close, and I’m competitive so I wanted to beat him.”

As the two reached the doors at the end of the science wing, Sharp started to slow down. But not Hortaleza. He remembered thinking, “this is my chance to win,” he said. “So I kept going … and when I tried to stop myself at the door, I put my hands up, and the door just cracked instantly.”

Hortaleza is happy with his commitment to his grades in high school. He advises others to do the same, attributing his scholarship from Chapman to his grades. “For me personally, I don’t think track was enough to get me a scholarship,” Hortaleza said. “I think my grades helped me a lot.”

Soon, Hortaleza will set his sights on Chapman University, where he plans to study Biology. Once he earns his degree, he wants to become a physician’s assistant.

Before he starts his new chapter though he looks forward to one final summer with his friends. “Gotta make the most of our time together,” he said. 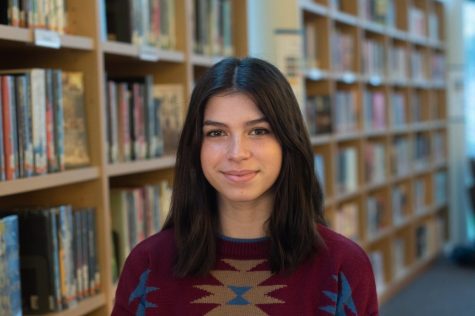