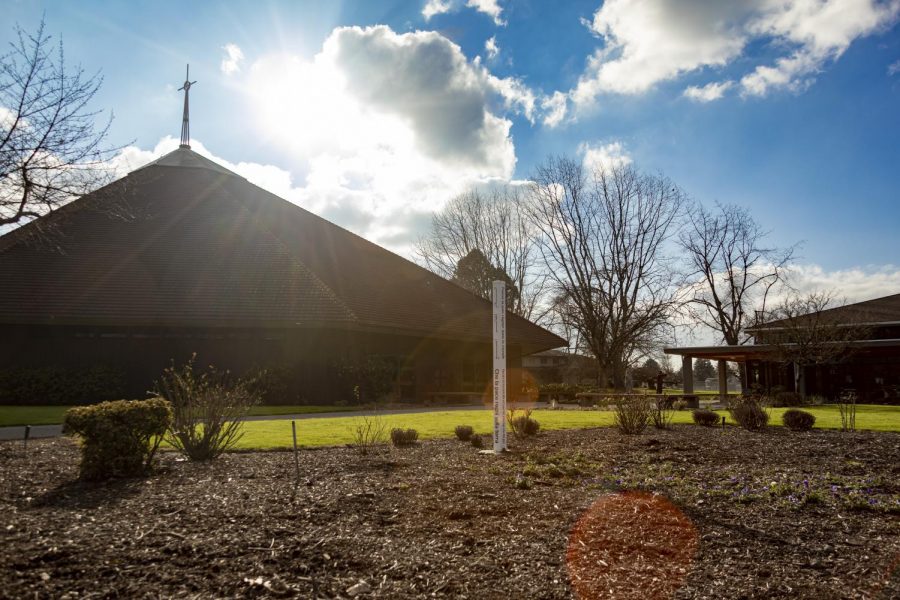 Letters to the Editor: Students and Monsignor Follow Up With Discussion

Letters to editor, which can be sent to [email protected], are published at the discretion of the student editors.

I wanted to share with you that a group of students and I, along with Mr Kuffner, Mr. Hortsch and Mr. McLaughlin, have spent time discussing the events surrounding the La Salle School Mass last December. It has been an opportunity to gain perspective and to share perspective. I discovered how quickly we could come together in genuine esteem and chart a path forward once we had the opportunity to discuss the matter in person.

I was impressed with the students’ observations, questions and sincerity, which allowed me the opportunity to listen and to offer an apology for the choice of words in the homily which had a negative impact, one which I also extend to the whole community. I truly welcomed their feedback, and offer an invitation to anyone who wishes to talk with me. I also felt that the students listened well and came to an understanding of my subsequent actions. From my perspective, each person in the group listened well and made a valuable contribution to the whole. I found it to be a true dialogue.

This experience confirms for me the quality of our young people and the many good things going on at La Salle. I am grateful for the opportunity to have had such a discussion, and I believe it has renewed the goodwill and partnership between Christ the King and La Salle.

As the local pastor, I take to heart the spiritual well-being of the students and staff at La Salle, and look forward to assisting in that endeavor, committed as I am to help foster the life-changing encounter with Jesus Christ.

Sincerely in Christ the King,

On January 23rd, a group of students were invited to participate in a conversation with Monsignor Cihak in order to discuss the problems surrounding the homily given on December 11th, 2019, as well as the resulting fallout from the homily.

In writing this letter we — the group of students who attended the meeting — hope to share both how we felt the ensuing conversation developed, and our main takeaways from our conversation with Monsignor Cihak.

Before the conversation began, many of us were nervous about how our message would be received by Monsignor. However, as the conversation progressed and we began to discuss the effects of both the homily and the letter to the editor that was published in The Falconer, we found ourselves having a highly productive and civil conversation. We felt as though Monsignor Cihak respectfully listened and took responsibility for his choice of words in the homily in a truly sincere fashion. He also acknowledged our concerns about his actions after the letter to the editor. It was this sincere apology and acknowledgement that allowed us to move the conversation forward and discuss how to heal together as a community.

After running out of time in our first meeting we all met as a group again on January 30th. We began this meeting by discussing the hurt felt widely within our Lasallian community and acknowledging it was not only the ten people in this meeting that were affected, but rather a broader group of people from both the La Salle and Christ the King communities. This led us to two main focuses for the meeting: first, the effect on the La Salle community, and second, the effect on the Christ the King community and its relationship with La Salle. After much positive discussion, we as a group concluded that there needed to be clarity surrounding the situation, and we hope to achieve some measure of closure and healing through the writing of these two letters.

Finally, we by no means intend to speak for the entire Lasallian community. Everyone is entitled to their own thoughts, feelings, and opinions on the matter. We simply hope that by writing this letter we can offer our perspective having spoken with Monsignor firsthand.

For anyone who would like to know more about the meetings or our perspective following the meetings, please feel free to reach out to any of us and we will be happy to share more details with you.

We thank Monsignor for having a constructive dialogue with us as we renew a trusting relationship with him and the Christ the King community whom we deeply value. We believe that these letters are a very positive step in that process of healing.