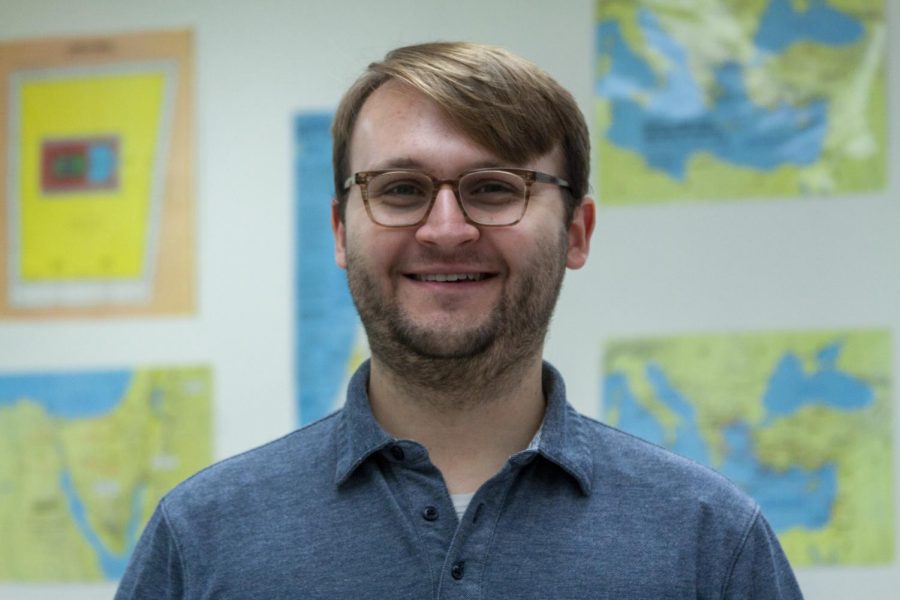 Back in high school, religion and Spanish teacher Mr. Noah Banks attended La Salle, which strictly influenced the way he used to style himself. He said the outfits he wore were “pretty straightforward,” and consisted of a t-shirt and jeans nearly everyday.

“In high school… my parents bought my clothes, and I literally just wore what was in my drawers,” Mr. Banks said.

His favorite clothing item used to be a yellow and gray/brown striped sweater. “My wife and I both remember [that] sweater,” he said. “I wore that thing a lot in high school.”

Now, on a standard school day, Mr. Banks dresses in clothing that is “mostly business-casual.” He said he wears a lot of items that are better fitting, such as button downs and polos, rather than the baggy clothes he previously wore as a high school student.

On the weekends, when Mr. Banks isn’t teaching, he dresses about the same with exception of liturgy days. “I would never wear a tie outside of school,” he said. “If I could never wear [one] again that would be great.”

Mr. Banks favorite items to accessorize with, at the moment, are his glasses, and his Apple Watch, which has a few interchangeable bands. He also really enjoys wearing the color gray, even though some may consider it boring.

When planning out outfits, Mr. Banks, tries to avoid wearing any clothing with logos because he said he doesn’t want to represent any specific brand, or pay to be a middle worker for any company. However, he does like the brand, Gustin, which uses ethically sourced fabrics and raw, unsanforized denim. “I think it’s interesting to see what they do with [their] materials and fabrics,” he said.

If Mr. Banks could choose a trend to never come back in style, it would be the mullet; however, he does enjoy observing these types of trends as they come and go. “I think what is interesting is just the cycle,” Mr. Banks said. “What is in now, for high school students, [has been] in at various times.”