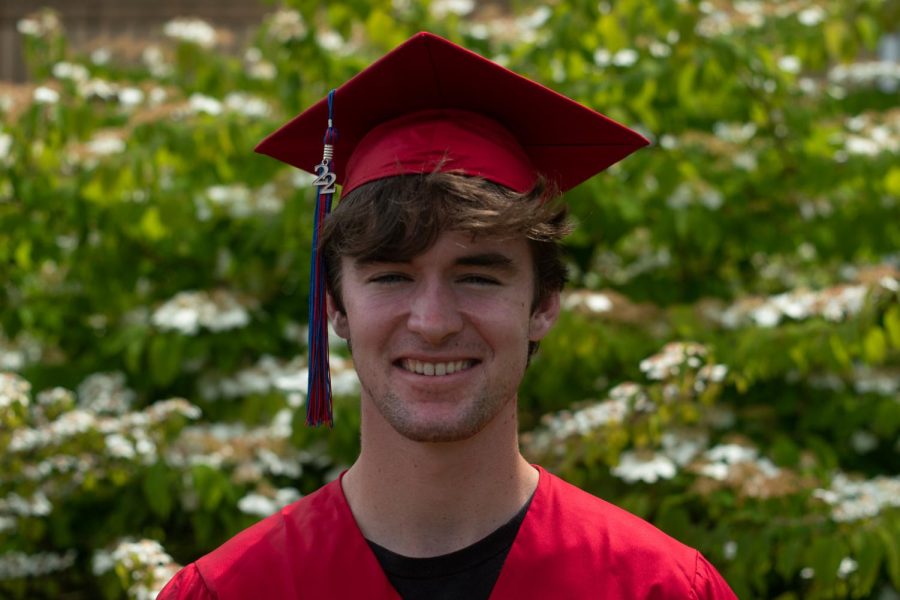 Valedictorian Aidan O’Brien is very family orientated, having grown up with two brothers. “Just as a kid we always enjoyed hanging out with each other, you know, playing outside, going to the park, swimming in the summer, and then we attended St. Ignatius School until I came to La Salle,” he said.

Whenever valedictorian Aidan O’Brien needed to be entertained as a child, his father would sit with him in the yard with a bunch of whiffle balls. And when that wasn’t enough, the O’Brien family would take a trip to Goodwill.

“Whenever we get the chance, like stopping in a new town as we’re traveling, we’ll go in and see if we can get our hands on any sports equipment or anything else that catches our attention,” O’Brien said.

“Throughout my entire life, especially just having brothers, we would always just be outside playing,” O’Brien said. “Just because we loved it.”

And if O’Brien wasn’t outside playing, he was often tagging along with his mother, Principal Ms. Alanna O’Brien, on the La Salle campus.

“My mom has worked here for as long as I can remember,” O’Brien said. “So I’ve always been around La Salle, just coming to all types of sporting events throughout my entire life, like my dad taking me when I was a baby, all that stuff.”

However, when O’Brien arrived at La Salle, he quickly realized that sports were not the only thing he wanted to get involved in. For example, during freshman year, he decided to take an art class with Ms. Cha Asokan, focusing on pottery.

“When I started off, you can’t really do much more than make bowls,” he said, but as O’Brien sharpened his skills throughout his time at La Salle, “I tried to focus on how I could elevate shape and line and use color, and so elevating that to try and see if I could dissect different pieces and figure out how to have multiple forms work with each other, those are probably some of my favorite pieces,” he said.

In addition to his art classes, O’Brien has enjoyed his math and science classes at La Salle. “Just understanding how things work is always something that I’ve tried to go after, and that’s engineering, and physics and math all ties in with that,” he said. “Also just diving a little bit deeper into certain topics, like taking a little more specified classes, is something that I’ve really enjoyed.”

O’Brien said that he credits his teachers for a lot of this experience.

“It has felt a little bit more relaxed this year compared to junior year, even though I’m taking a few more AP classes,” O’Brien said. “All the people that are in the classes understand what the drill is. So we all want to dive in and keep learning, and so that’s what we’ve been doing all year, and we’ve definitely made a lot of progress.”

To manage his courseload, “I just work whenever I can,” O’Brien said. “I feel like one thing that I’ve noticed throughout my time in high school is that if I’m able to get one task done earlier in the day, I’ll be able to just keep working through all the rest … Just getting in a groove.”

“It just seemed like everyone was a part of something bigger,” O’Brien said.

O’Brien said that what he will miss most from La Salle is the relationships that he has had here.

“All my friends just pushed me to be as best as I could, working on projects with them, editing each other’s papers,” he said. “I just want to thank everyone that pushed me to get to this point, and I wouldn’t be able to do it without the support that I have.”

If O’Brien could give one piece of advice to the underclassmen at La Salle, it would be to “just enjoy your classes,” he said. “I remember just going into freshman year, my mom told me, ‘You’ll probably reach a limit at some point, just don’t worry about grades, just try and learn as much as you can from the classes.’ And so that’s what I’ve tried to do throughout my time at La Salle.”

Additional reporting for this piece was contributed by Assistant Editor Megan Snyder. 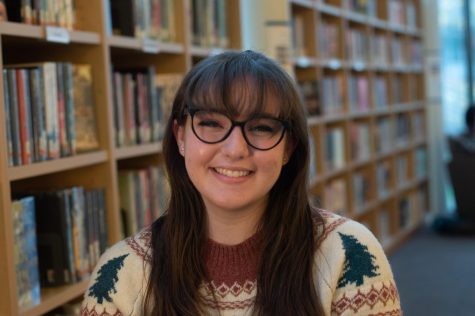