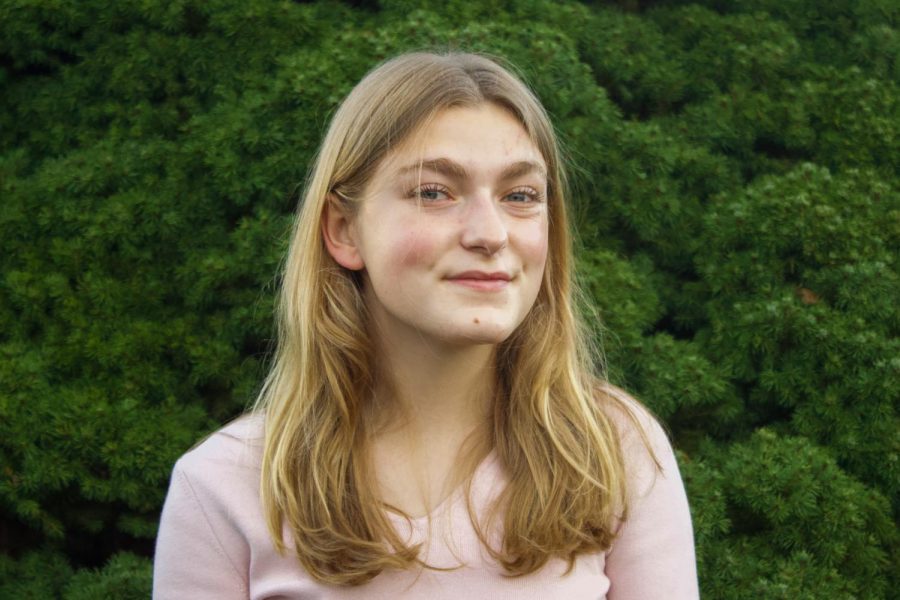 Senior Gretchen Shea said that soccer has helped her grow into a leader.

As her freshman soccer season approached, Senior Gretchen Shea was passionate about achieving one goal that she had set for herself: making varsity.

Her goal was achieved, she had made varsity as a freshman.

Soccer has been a part of Shea’s life for as long as she can remember. Her love for the sport started when she was six years old. She grew up with it. “My whole family plays it,” she said. Shea was bound to take on this sport from an early age, as it is “a family sport,” she said.

Shea has not only enjoyed the competitiveness and dedication that the sport has brought out in her, she also values all of the incredible friends she has made. Some of her teammates even became her best friends, she said. Shea’s dad was her soccer coach when she was younger, so she is grateful for the bond that soccer has given them.

This year, the #2 La Salle girls varsity soccer team won second place against #1 Wilsonville in the OSAA state championship. Making it to the final match, the championship game was her biggest accomplishment during her time playing soccer at La Salle. “It wasn’t first but we still got there,” she said. “It was [my] senior season, so I tried to make the most of it, which I think really worked,” said Shea.

Her junior season was unlike any other season due to COVID. “It was still really fun,” she said, “but it was a lot more difficult to be a team because we couldn’t do a lot of team bonding.” Shea said she made the most out of what she could from the unrecognizable season.

Shea sees soccer as more than just a sport. She has gained many things from playing, such as confidence. “Definitely helped build my confidence just as a person because, you know, everyone’s encouraging you,” she said.

Soccer has also helped her gain her voice. She has been able to communicate her ideas to the team and help others do the same. “I think a large part of being on a team is being able to put your input in,” she said.

Shea said that the best thing to come out of high school soccer was the friends she has made. They aren’t just her teammates, many have become some of her lifelong friends.

The sport has also embraced her into La Salle. “I think [it] really connected me to the school and now I have especially this year, I have more team spirit,” she said.

Shea is not ready for her soccer career to be over. “I definitely don’t want to just forget about it, it’s a large part of my life, I spend multiple hours a week doing it,” she said. She is uncertain of how she is going to incorporate soccer into her life after high school, but she knows that she will.