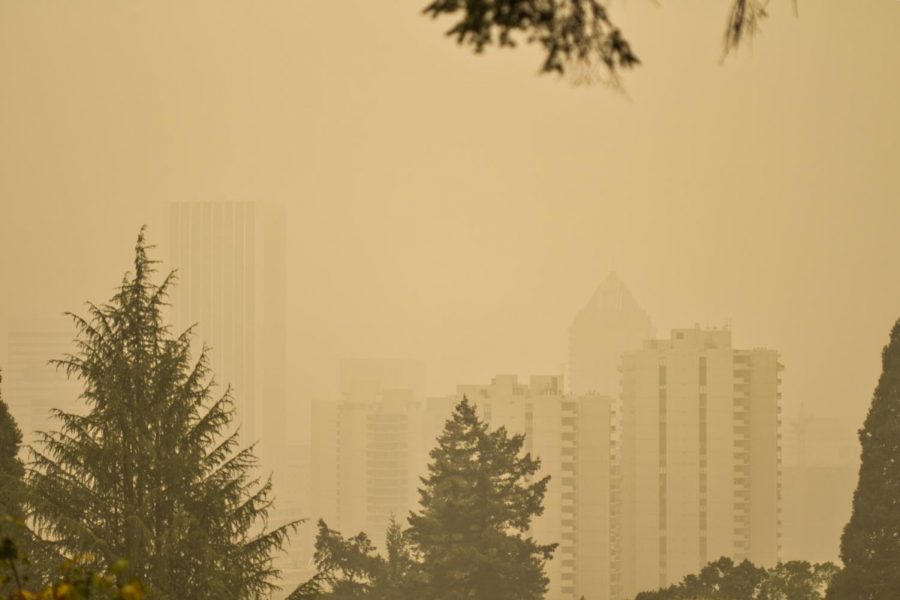 Across the state, scenes of smoke and ash clouded the skies, as a result of the wildfires that forced many people in the La Salle community to evacuate.

Wildfires blazed through the state of Oregon. Six La Salle community members share how they were affected.

Over one million acres of land burned.

The worst air quality of all major cities in the world in Portland.

Wildfires tore through multiple counties in Oregon and all over the west coast in early September, charring land, destroying towns, and forcing people out of their homes — including many members of the La Salle community.

Evacuation zones divided the state between levels one, two, and three — where level one residents were warned to be on alert for evacuation, and those in level two were ordered to be prepared to evacuate. Level three residents were advised to get out as soon as possible.

Evacuees fled to a multitude of evacuation sites, including Clackamas Town Center, which is nearby La Salle. Others found safety in the homes of their friends and family members.

The Falconer spoke to six individuals at La Salle who were affected by the Oregon wildfires and shared their experiences.

On Sept. 8, Mott put her life into suitcases and backpacks and prepared to stay at a family friend’s extra house in Milwaukie. “It’s not something that you ever think that you have to do,” senior MaryGrace Mott said. “In our society, we’re not taught, or, I guess, warned, about having to pack up and evacuate your entire house.” “I won’t lie,” she said. “It’s hard.” Mott...

Two hours. That’s all the time that Spanish teacher Ms. Karen Kessler had to pack up her belongings and evacuate her home.  “We didn’t get the slow, ‘be prepared, get ready,’” she said. “It just went ‘boom.’ You need to go.’” On the night of Sept. 15, Ms. Kessler and her husband received a message from firefighters and police that they needed to evacuate immediately...

Labor Day weekend led into a week like no other for senior Ian Simmons.  Simmons and his family went out of town for the holiday weekend, returning to their home in Eagle Creek on Monday, only to be greeted by a massive wind storm that shook up much of Oregon. That night, his family repacked their cars and left for his grandma’s house to take shelter from falling trees that could have potentially d... 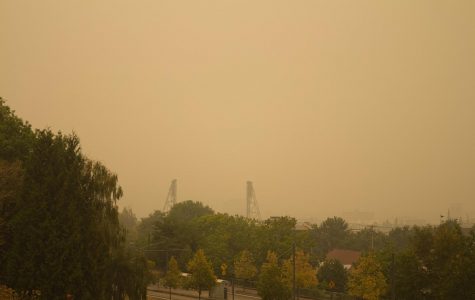 Leaving her home because of a wildfire while managing nine horses, 12 cows, 13 chickens, three goats, and two alpacas is not something junior Anna Dethlefs had ever imagined doing after school. Originally, she had planned on watching a movie with a friend. But wildfires do not wait, and suddenly, Dethlefs was on her way to stay at her family’s second home in Happy Valley. “My mom comes in,... 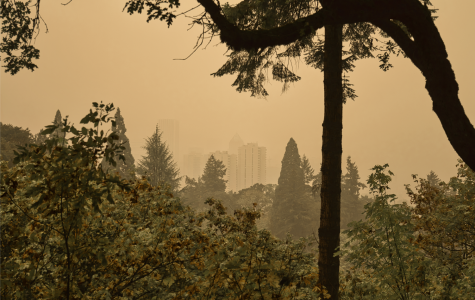 While the first week of school certainly wasn’t perfect for many, it was especially hectic for Director of Community Ms. Liz Banta. “The first day of school I was Zooming from my car [while] charging my phone for my hotspot,” Ms. Banta said. “Family [was] coming and going, so it was a stressful week — and all the smoke on top of it.” Ms. Banta's in-laws live on her street, so her... 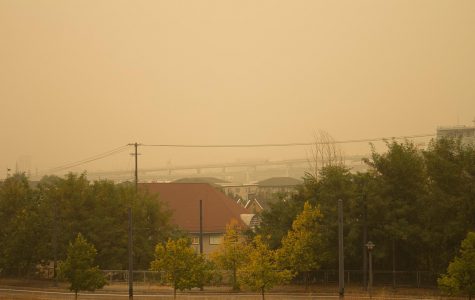 For band and yearbook teacher Mr. John Donnelly, the Oregon wildfires weren’t the biggest threat that caused him to evacuate with his family in early September.  Mr. Donnelly evacuated with his family after a large fire, separate from the wildfires, ignited inside a warehouse near his house, adding to the already smoky air. He has two kids, who are ages two and eight. “I didn’t want to expose my kiddos...