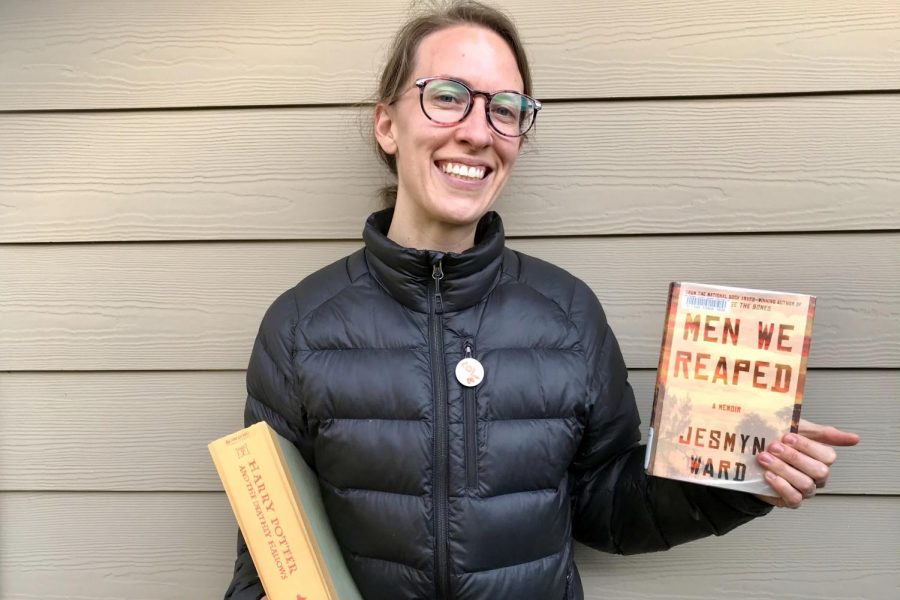 Ms. Spanjer said that the plot of the book follows a young woman named Codi who returns to her hometown in Arizona to tend to her sick father. She gets a job at her old high school, reconnects with a past boyfriend, and involves herself with social environmental issues.

Ms. Spanjer said that she decided on this book after thinking “long and hard,” and chose it because it is easy to read and understand, but also because of its captivating storyline and “loveable characters.”

Ms. Spanjer and her two sisters enjoy passing books between each other. “Within the last two or three years we’ve grown to love Kingsolver and tend to look toward her novels when we lack inspiration to find anything else,” she said. “Between the three of us we’ve read all of her books and essays, some many times.”

She feels there are better books out there to read, but believes “Animal Dreams” is one that teenagers might appreciate more.

“It’s not too long, not too wordy; it’s relatively light in content matter, deals with subjects that teenagers care about today, like social justice and environmental issues, while still maintaining an extremely engaging story of love and our relationships with parents and friends,” she said. “It’s lovely.”

Ms. Spanjer believes “Animal Dreams” might open your eyes to things that are important to fight for. “It will definitely give you some good thoughts to ponder, and hopefully it will compel you to care about something,” she said. “And you’ll probably get some good quotes to live by.”