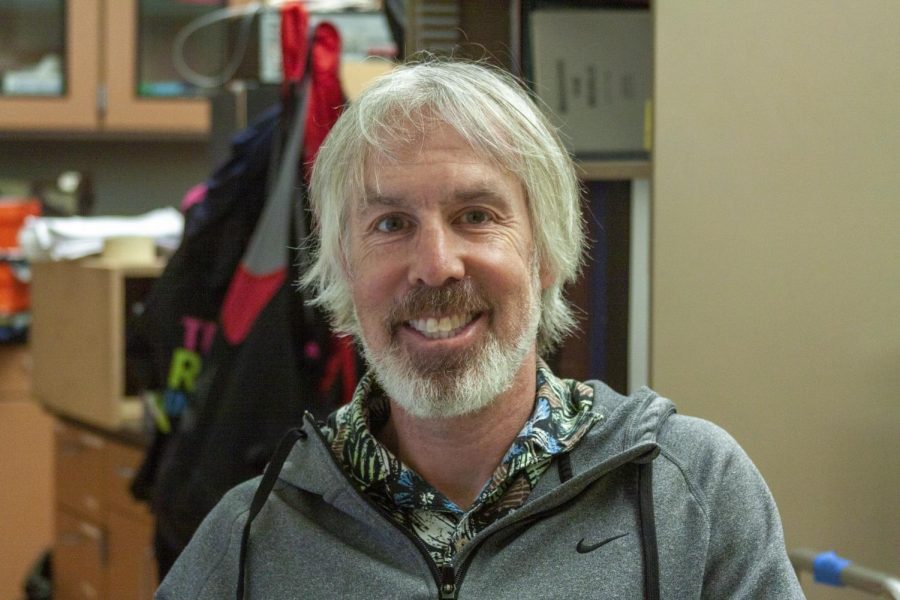 Mr. Roth was a sneaker fanatic in high school.

When Mr. Eric Roth, science teacher, was in high school, sneakers were a huge trend, similar to today. He frequently wore Adidas Sambas, and Pumas.

Mr. Roth hopes that parachute pants and the Mullet will, one day, come back in style, as they used to be very popular. It was also common to wear Levi jeans and a “cool concert t-shirt.”

He remembers one of his friends being the first “dude” to get an earring in 1982. “He was a really big athletic guy and all the girls thought he was really cute,” Mr. Roth said. “It was [also] hard because people would consider that effeminate…, [but] that whole thing wasn’t really [fair and] I think kids are more hip now.”

Since high school, Mr. Roth’s style has become a little more “preppy,” and a lot less “ragged.” Now, he dresses for the outdoors, wears casual clothing, and tries to keep his style low maintenance. “If I could wear anything to work… it would definitely be shorts, and Chacos,” Mr. Roth said.

Mr. Roth only goes shopping when it’s a necessity, but when he needs something, he likes to shop at REI, Next Adventure, and Goodwill. “I go to Goodwill [with] my wife because… she’s got a really good eye for cool stuff that I don’t have an eye [for].”