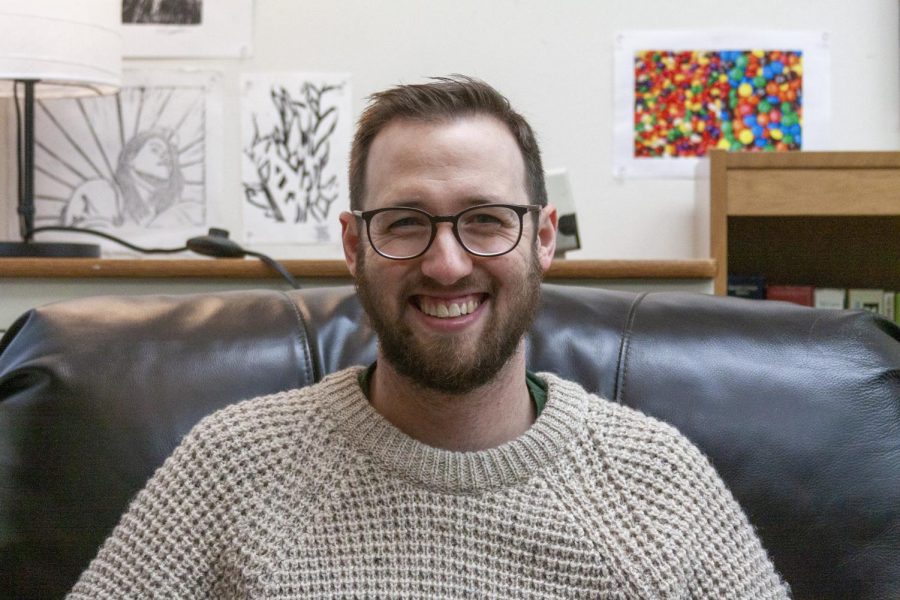 Ties and sweaters are two of Mr. Larson’s favorite clothing items to wear.

English teacher Mr. Gregory Larson was voted as the best dressed in his high school class. He was known for wearing “all the colors, all the time” because he’s colorblind.

“I don’t think that I was well dressed, I was just… most distinct [and] I stood out the most,” Mr. Larson said.

His favorite clothing item used to be a turquoise, 80s windbreaker with neon yellow shapes. He wore a lot of windbreakers, which he got from Goodwill, and he liked to wear clothing items that got a reaction.

After high school, Mr. Larson began to shift the way he dressed himself because he said he wanted to impress people and make more of a statement. He also began to learn a lot more about fast fashion and where things were made.

Mr. Larson also started dressing himself differently after being influenced by the use of color in movies. He makes an effort to wear colors that go together by using the color wheel and finding colors that are complimentary.

Mr. Larson said that a lot of the clothing he used to wear during his childhood is already back in style, except for wearing a popped collar, which is something he hopes will never come back.

Currently, Mr. Larson likes to wear colors on the gold-orange palette, specifically autumnal gold, but he said he wears shades of blue and red most often.