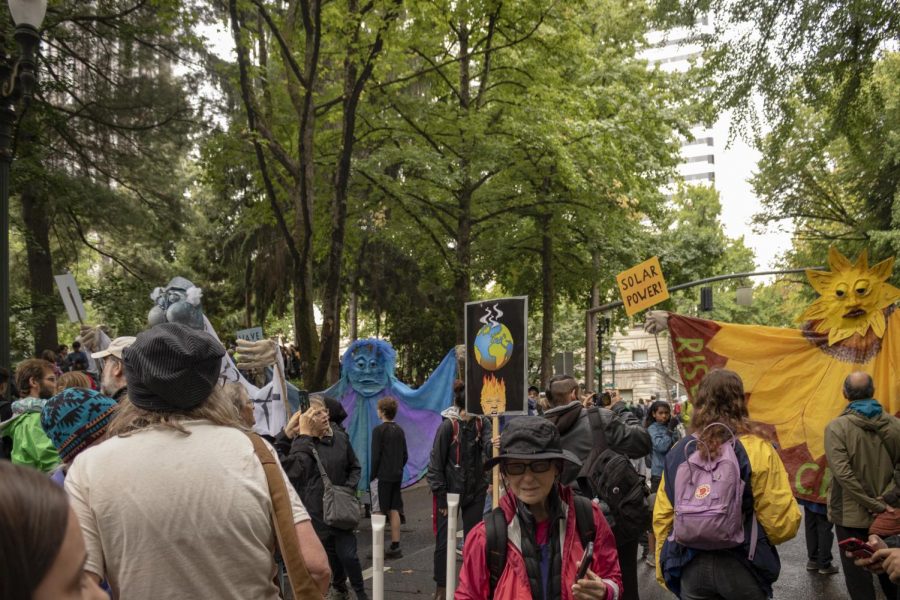 Thousands of activists gathered in Portland on Friday, Sept. 20, ditching school and work to demand action to address climate change.

After rallying at Portland’s city hall, the protesters marched across the Hawthorne Bridge, carrying signs and chanting, completing the strike with a “climate festival” outside of OMSI. The festival included live music, food trucks, and voter registration booths.

“When I got to the end of the bridge and looked back, it was still packed with people from end to end,” said sophomore Hannah Reddick, one of the La Salle students who attended the protest. “That was a really powerful moment for me.”

For many people the strike was an opportunity to express their opinions and be heard. Some of the La Salle students who attended expressed the importance of supporting the environmentalist community, standing up for what they believe in, and coming together to raise awareness.

“I feel it’s important for people of my generation to be active in fighting for change, especially for an issue like climate change, which has such a large impact on our future,” said sophomore Gavin Fitzsimons, another La Salle student who attended the strike.

Last week’s strike was very similar to another Portland climate strike earlier this year. On March 15, hundreds of students rallied outside of Portland Public Schools headquarters to advocate for climate education. However, last week’s rally was far bigger and better attended.

Reflecting on the event, seniors Abby Baines and Olivia Fobi shared their positive impressions of the protest. Baines expressed appreciation for the “amazing young speakers” who delivered their points of view before the march.

“I think it was beneficial that the organizers of the climate strike gave lots of different people the ability to share their perspectives that otherwise would not have been heard,” Baines said.

“I think that the strike as a whole was inspiring,” said Fobi, who is one of the leaders of the school’s Climate Control Club. “Especially because dozens of countries all over the world were doing the same thing. Seeing the whole world come together for a common cause is so comforting and reassuring for the future.”

The strike kicked off a week of planned events meant to bring attention to the issue of climate change and call out the people in positions of power who are doing little to address it.

Events meant to combat climate change will continue through the end of this week. There are still plenty of rallies, informational meetings, and volunteer opportunities to attend for those who are passionate about the issue of climate change.

The schedule for local events can be found here. 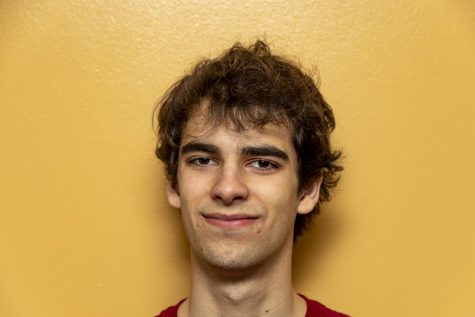 Matthew is a junior at La Salle. He is on the football team. Outside of school he enjoys playing basketball and going to movies.