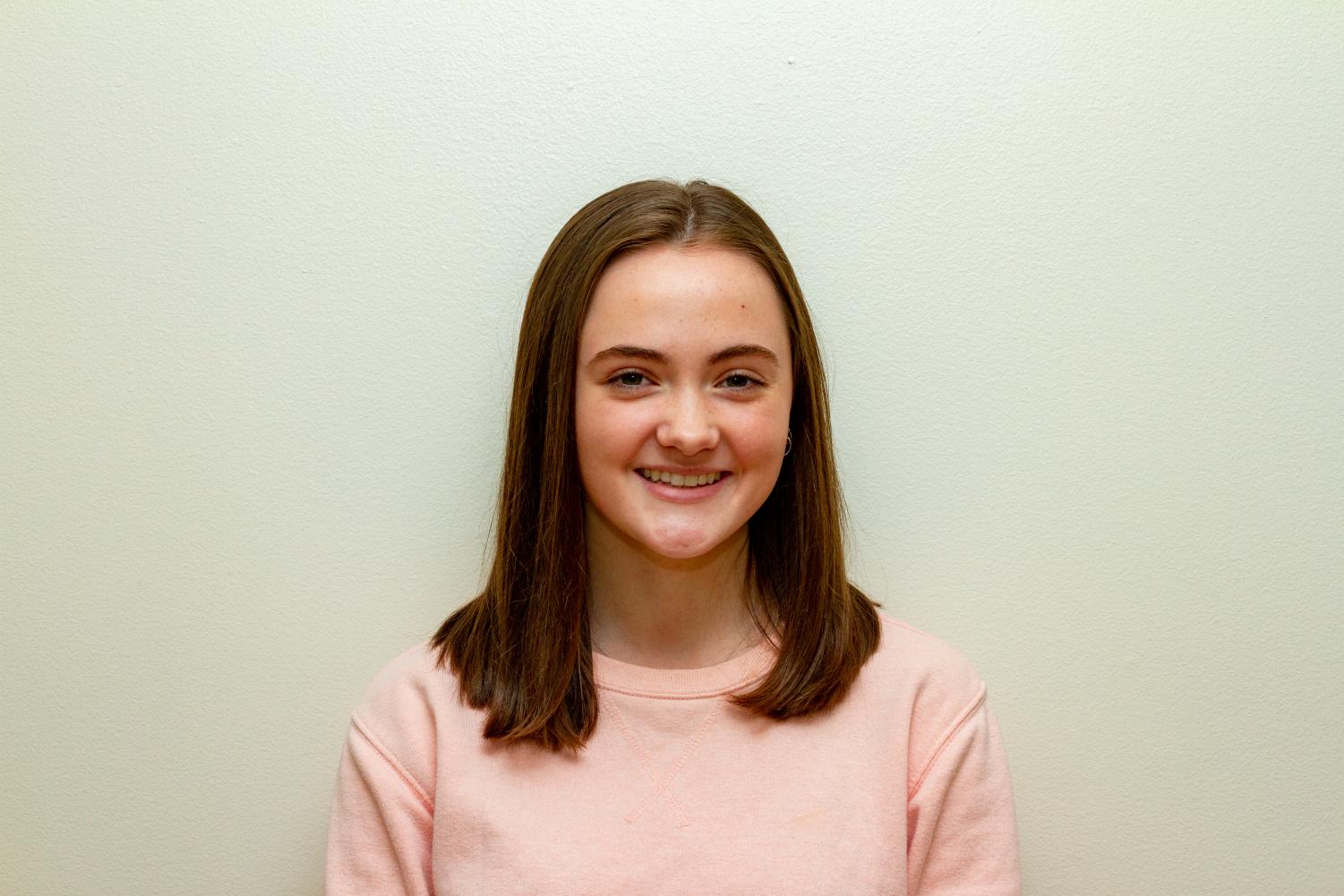 With a final swim this Friday, Madi Nichols will have attended the state championships all four years while on the varsity swim team. (Reilly Smith)

With a final swim this Friday, Madi Nichols will have attended the state championships all four years while on the varsity swim team.

To ring in 2017, Madi Nichols watched the ball drop on a hospital TV screen with a cup of Martinelli’s sparkling cider in her left hand, because she couldn’t pick it up with her dominant right hand. She had a rare upper extremity deep vein thrombosis — a blood clot — in her right arm.

Nichols’ medical condition kept her from swimming for three weeks during her sophomore season, breaking her rhythm and streak of success on La Salle’s varsity swim team, which she has been on since freshman year, but she returned more motivated than ever. Now a senior, she has one final swim this Friday at the OSAA 5A State Championships to conclude her swim journey and make one last contribution.

Swimming since she was young, Nichols’ earliest memories are of being a “quick learner” and that she liked swimming. Nichols first joined the Portland Parks & Recreation’s Summer Swim League team, for those 17 and under, at Grant Pool in 2010. In 2016, she placed 1st in the girls’ ages 15-17 50 yd. freestyle at the PP&R city championship swim meet. The following summer at the same event, Nichols placed 1st in the girls’ 15-17 100 yd. freestyle.

Nichols said there was “no doubt” that she would join the swim team at La Salle, and she has made many achievements throughout her time on the team, even after overcoming her blood clot.

From her Summer Swim League experiences, Nichols was so used to doing the 50 yd. and 100 yd. freestyle sprints, and so she “went into freshman year only wanting to do these two events,” she said. “I just wanted to stay in my comfort zone.”

But then she tried the longest high school event, the 500 yd. freestyle. “It changed my entire swimming career,” she said. “I realized I didn’t have to just stick to my sprint races, and I didn’t realize I had the capacity to finish a long distance race.”

Nichols considers herself both a sprinter and long distance swimmer, but finds the 500 yd. freestyle “more exciting” because “you get to choose when you’re going to speed up and take it easy,” she said. “In a 50 [yd. freestyle], you have about 30 seconds to choose if you’re going to put everything into it or not.”

At the districts meet freshman year, Nichols placed 7th in both the 200 and 500 yd. freestyles. She went on to swim freestyle in the 200 yd. medley relay at the state championships, where her team placed 11th. Nichols was selected as the “Rookie of the Year” at the conclusion of the season.

During the first two months of her sophomore swim season, things were going smoothly. Then, Nichols woke up one day during winter break, a few days before New Year’s Eve, with pain in her left shoulder and right hand. She shrugged it off as a spider bite and still went to practice. Nichols woke up the next morning with a high fever, and her shoulder and hand were “very swollen, and that’s when I knew it was a lot more than a spider bite,” she said.

Many blood tests later, Nichols was diagnosed with an upper extremity deep vein thrombosis. To this day, the cause remains a mystery. “It made no sense for me to have it because every single thing that could have caused it, I had nothing to do with,” she said.

Nichols spent three days in the hospital and had to inject herself with blood thinners twice a day for the next two months. She could not swim for three weeks. “I was definitely upset that I couldn’t swim because it was in the middle of the season,” she said. “I really cared about doing well that year and I thought that being out for so long would really harm my performance.”

The injections into her stomach, outer thighs, and upper arm left bruises and marks and “made me feel weak because they were the worst hurting shots I’ve ever had,” she said.

Despite the painful injections, Nichols transitioned back to practice, and she “didn’t have any complications and just got back into it.” Nichols placed 5th in the 200 yd. freestyle and 4th in the 500 yd. freestyle at districts, and it was a “big happy, happy, happy thing that I still qualified for state [in the 200 yd. freestyle relay],” she said. “Even though it was in a relay, I think everyone counts and all of their efforts make a difference.” Nichols’ relay team placed 12th at the state championships.

Nichols calls this year her “favorite” because she felt the closest to her teammates and made great memories throughout the season. Being injured in the past season “made me realize how much swimming means to me,” she said. “When I took that break, I thought ‘wow, I take this for granted.’”

This season was when Nichols “really stuck to the 200 and 500 [yd. freestyles],” she said. “I felt really secure in what I liked to swim, and I was happy with long distance.”

At districts, Nichols achieved 4th place in both the 200 and 500 yd. freestyles. She attended the state championships as the freestyle alternate for the 200 yd. medley relay. Nichols received the “Most Inspirational Teammate” award.

Along with senior Ben Robinson, Nichols earned her teammates’ votes for team captain this year. She is “proud” because she has “wanted that since freshman year,” she said. “Especially with a new coach, we’re kind of a voice for the swimmers, and if a swimmer wants help in a certain area, it might be less intimidating to come to a student than the coach.”

Nichols originally set out to swim different events this season and has worked on strokes other than freestyle during practice. However, she ended up “sticking with the 200 and 500 [yd. freestyles]” but is “not really upset because those are my favorites,” she said.

She still has seen a switch in her swim style since before high school, as she found a “new passion for long distance,” she said. “I’m glad that long distance and I go together well.”

At districts last Friday, Feb. 8, Nichols placed 4th in the 200 yd. freestyle and 3rd in the 500 yd. freestyle. Her 400 yd. freestyle relay team, including junior Hanna Nguyen, sophomore Aislinn McCarthy, and freshman Meiruh Tengsico, qualified for the state championships and will be competing this Friday, Feb. 15 at the Tualatin Hills Aquatic Center.

Nichols uses swimming as a way to “get any anger out, or just any bad emotion,” she said. “It’s not good to keep [those feelings] bottled up, and you can just take it out on the water.”

She doesn’t consider herself competitive, as “a lot of times, I won’t even know what my time is,” she said. “I care what place I get and I do try to push myself as much as possible, but I don’t get emotional over it.”

In the future, Nichols plans to “keep swimming because it’s something I can do even when I’m very old.” She is currently unsure about which college to attend but wants to stay on the West Coast, and “would somehow like to be on an organized swim schedule in college,” she said.

Nichols encourages students to consider joining the swim team. “A lot of people have stress, especially at La Salle,” she said. “Even though you might think that swimming or a sport will take time out of your day to study, it really might be worth it to [participate in] and good things can come from it. It can build your muscles, build friendships, and build structure in your life.”

View Comments (2)
About the Writer 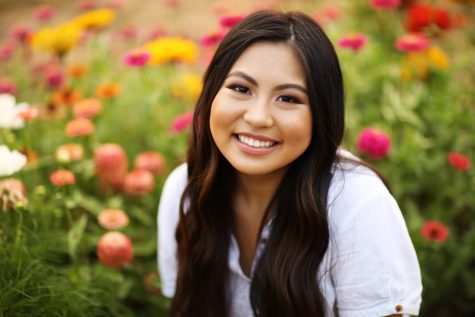 Samantha is a senior at La Salle. She is a varsity swimmer on the swim team. In her free time, she enjoys playing the piano, photography, and hanging out...