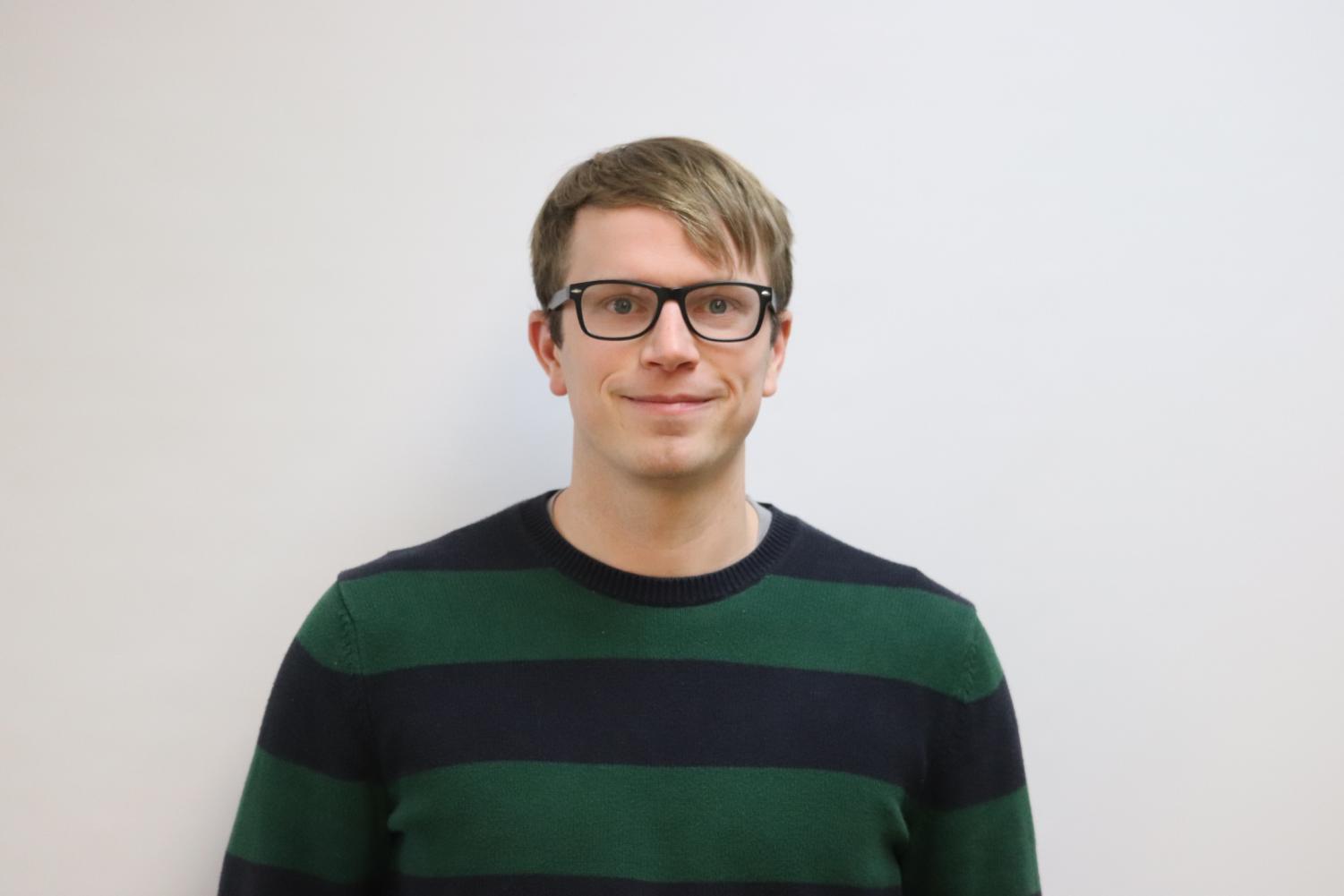 Mr. Kendrick has been a teacher at La Salle since 2014.

From LDS to LSCCP: An In-Depth Look at Mr. Kendrick’s Faith Journey

Most La Salle students know Mr. Kendrick as a devout Catholic and committed religious studies teacher. But this hasn’t always been the case.

When Mr. Edward Kendrick was going through the steps towards Confirmation, he imagined the process would be similar to the various coming of age rituals that he had heard about. He expected to have his beliefs and character thoroughly questioned, and more importantly, he hoped to walk away from the ordeal with a newfound understanding of what it meant to be an adult. Instead, he found the ritual to simply be another hoop he had to jump through. Mr. Kendrick realized that he had to discover these truths for himself, and he set off on his own path of religious self-discovery.

Mr. Kendrick’s faith journey has been an unorthodox roller coaster with many twists and turns. He grew up in Utah as a member of the Church of Latter Day Saints (LDS), but after years of questioning his faith during several pivotal moments, he is now a devout religious studies teacher at La Salle. Mr. Kendrick’s unique religious experience is an example of how key events in a person’s life can influence their relationship with their religion, and character as a whole.

Growing up in Utah:

Mr. Kendrick grew up in Layton, Utah in “what some people would describe as ‘the good old days.’” Each Sunday, everyone that he knew would go to the same church, dressed in their Sunday best, and attend services for most of the day.

Mormons believe that Sundays are days of rest and that traveling or doing work of any kind should be avoided whenever possible. When it came to rules like this, Mr. Kendrick remembers that his mom would always “give the rule and the reason for it” when explaining things that might not make sense to a little kid. 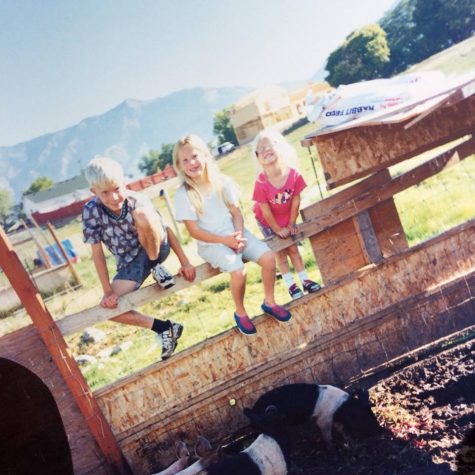 As a result of his parents’ teachings and religious upbringing, Mr. Kendrick believes that he “grew up pretty disciplined” and always had “a moral compass.”

Thinking back on his early childhood, Mr. Kendrick recalls how kind and supportive the community around him was. His grandmother was a Catholic living in Utah, and when a tree collapsed in her yard during a storm, three different groups of LDS volunteers showed up the next morning with chainsaws to remove the tree and help in any way they could.

Looking back at his life in Utah, Mr. Kendrick said that “all in all, it was a really close-knit community.”

Following his parents’ divorce, Mr. Kendrick’s mother remarried a Catholic man who wanted the family to convert to Catholicism as well. 12-year-old Mr. Kendrick began the Rite of Christian Initiation for Children, the process of induction that those transitioning to Catholicism must undergo to become a member of the Church.

The final stage of this procedure is Confirmation, and for Mr. Kendrick, this involved meeting with the teacher of the class to assess if he was ready to be confirmed. He walked into the meeting thinking that it would be an insightful, faith-fueled discussion about what it means to be a fully-fledged Catholic. But it wasn’t.

The teacher simply asked Mr. Kendrick trivial questions about the Catechism. Mr. Kendrick answered them all correctly, and the teacher concluded the interview by saying “that was really good.”

He left feeling discouraged, concluding that “if this is really what [the Church] has to offer then I guess it really isn’t that much.”

After the very disappointing conversation with his Confirmation instructor, Mr. Kendrick started to just “go through the motions” of being a Christian. He would regularly attend church and his youth group meetings, but something was missing.

At age 13, Mr. Kendrick’s family moved to Redmond, Oregon, where he ended up being a leader of his church’s youth group. At one meeting, all the other leaders were going around revealing their big moments of faith. Everyone was sharing what Mr. Kendrick recalled as sappy moments from their childhood, or deeper stories about their beliefs. Mr. Kendrick was drawing a blank.

When it was his turn, Mr. Kendrick realized that his heart was not in what he was doing. He responded by saying, “I am only a leader not because of my faith or my character but because I show up… I think I should be removed… I haven’t done anything to make me a leader.”

Everyone in the group tried to tell him that he was wrong, and that it wasn’t that big of a deal. But Mr. Kendrick stuck to his statement.

“I had this moment to take things seriously. Even though I could have hid again… I didn’t,” Mr. Kendrick recollected. “That was the beginning of deconstructing a lot of things.”

Flash forward to 15-year-old Mr. Kendrick in high school. A few of his friends played on the soccer team so he went to watch one of their games. During the match, the referee made a few bad calls, and the crowd supporting Mr. Kendrick’s team began to boo the ref. One of the players noticed this and decided to do something about it.

Mr. Kendrick remembers that in the middle of the match, a kid with giant, curly, black hair got the crowd’s attention, and started speaking to them, saying, “I am having so much fun right now and you guys should have fun, too.”

The crowd became quiet and then began to cheer from a point of positivity, instead of dislike for the ref. Mr. Kendrick’s team then went on to immediately score a goal. 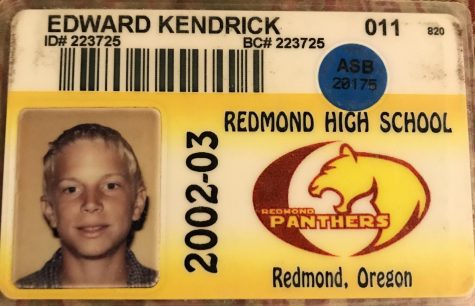 The whole time Mr. Kendrick was thinking, “Who is this guy? He is really joyful and he’s really courageous.”

These boys were a tangible example of how to live the way Christians should really act, and behave. They were a symbol of faith in action, not simply in appearance. These friends showed Mr. Kendrick what it truly meant to be an active member in his church community.

A Degree Never to Be Used:

After deciding to quit engineering, 21-year-old Mr. Kendrick chose to attend grad school to study theology and literature. Despite being passionate about a religious course of study, he quickly realized that he had once again encountered an environment disingenuous to the spirit of his faith, and contradictory to the example of his high school companions.

Mr. Kendrick’s classes were toxically competitive, with teachers and students doing whatever it took to be accepted by others. This placed an emphasis on trying to act and sound like an insightful and spiritual grad student, instead of genuinely pursuing a deeper understanding of theology.

Mr. Kendrick saw hypocrisy all around him and felt a lot of pressure to perform. Additionally, the focus of the class was on academic theology, instead of getting out in the world and being with “people in their suffering and [developing] closer connections with God.” 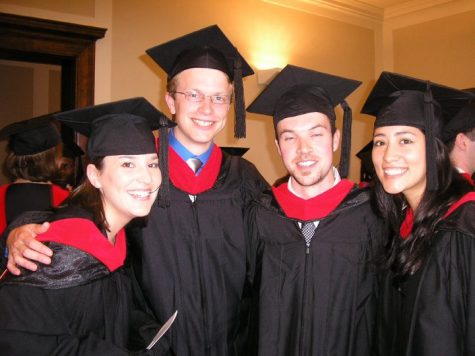 Photo courtesy of Mr. Kendrick
Mr. Kendrick with friends at his grad school graduation from Boston College in 2010.

Because of this, Mr. Kendrick vowed to never use his degree, feeling that it had disconnected him from his religion instead of strengthening his understanding. This disconnect lasted for years, with him only attending church out of habit.

“I made my religion very private,” Mr. Kendrick said. “I basically was a Christian, but I [was] alone, which… is an oxymoron, it doesn’t work.”

Despite the doubts that had resurfaced during his time in grad school, Mr. Kendrick found himself applying for a job as a religious studies teacher at a Catholic high school. He had spent the years since grad school teaching in South Korea and Louisiana, but had not confronted his loss of faith until he got the job at La Salle.

He applied for the teaching position at La Salle while he was still teaching in Louisiana and within a week, Mr. Kendrick had moved to Portland and started working. He explains that “my first year was really stressful and I had to process a lot.”

Mr. Kendrick remembers his biggest fear being that “if I’m not living the way that I’m teaching, then am I the [kind of person]… who can say the right things, but my heart isn’t in it?” 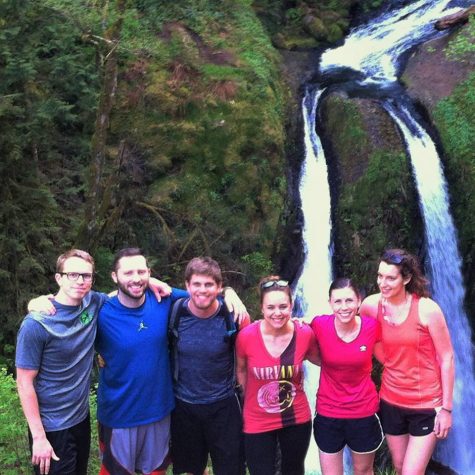 Photo courtesy of Mr. Kendrick
Mr. Kendrick hiking with “the Dans” and other church friends.

For Mr. Kendrick, conquering his doubts required finding a strong faith community. His approach to the search was quite simple: “I will [join] the first church that somebody talks to me at.”

During his first Mass at a new church, a young man named Dan came up and spoke with him. At the second Mass he attended, another guy named Dan started talking to him as well. Before long Mr. Kendrick had found his church, St. Patrick’s, and his friends, the Dans.

The group began meeting weekly to discuss Catholicism and other relevant topics. Over time, the group helped Mr. Kendrick renew his faith, and resolve many of the issues he had been facing in the previous years.

“By the time I came back for my second year of teaching… I had processed a whole bunch of things,” he said. This allowed him to approach his teaching from a position of a religious fulfillment and allowed him to teach his religious classes much more sincerely.

Despite the doubts that Mr. Kendrick faced when he entered La Salle, he has found a strong sense of community here. 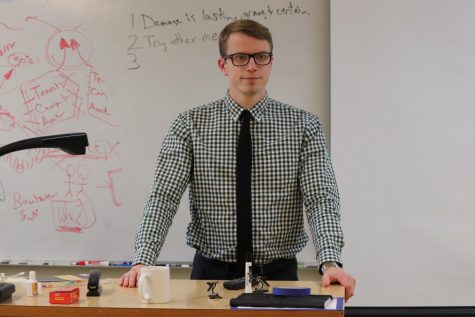 Mr. Kendrick also greatly enjoys going to sports events or retreats because he is able to see students in a setting where kids tend to be their more authentic selves.

“I like the people,” Mr. Kendrick said. “I like that I’m able to see all of you develop and learn and go through life.”

Mr. Kendrick still finds each day at La Salle fresh and exciting. “There’s no day where I know exactly what’s going to happen,” he said. “There’s always going to be something new.”

Mr. Kendrick thinks that his story is one that shows how a relationship with faith requires work and evolves over time. Individual moments can define the course of personal change and Mr. Kendrick urges everyone to “step up to those moments and not to run away from them.”

Mr. Kendrick believes that a lot can be learned from his faith journey. His advice to those who are grappling with their own beliefs is that “when you notice things that are not right, either in your own heart or in society… speaking up and dealing with it… is going to be better in the long run.”

Jason is currently a senior at La Salle. He is a member of the theater department's light crew and works at Ruby Jewel in the summer. In his free time,...