Student of the Week: Jeffrey Boknecht 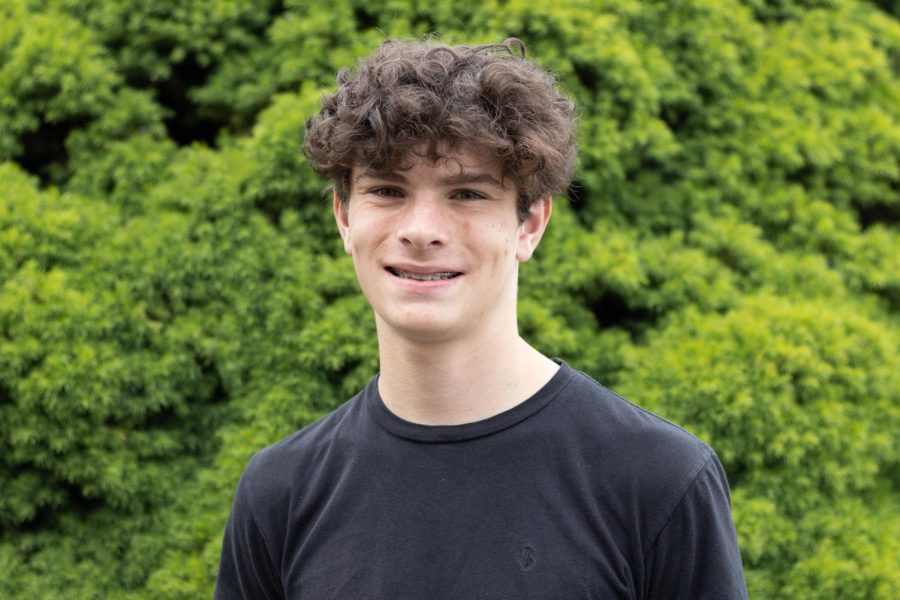 “Learning how to make friends and finding who you really are” was freshman Jeffery Boknecht’s biggest realization this year.

For freshman Jeffrey Boknecht, high school wasn’t the first big change he had seen. Moving from Seattle to Portland the summer of his seventh-grade year was a shift he said prepared him for entering high school.

For Boknecht, “moving was very intimidating,” largely because he had to meet all new friends. “Going to a different middle school was definitely challenging, but it was definitely a new opportunity,” he said.

Boknecht attended Sellwood Middle School, where he spent the entirety of his eighth-grade year online. When high school approached, La Salle seemed to be the right fit. “It’s kind of a good change,” he said. “Everything just seemed perfect.” The small community and appealing campus are what led him to make his final decision. “[The] close community is super inviting,” he said.

Despite feeling the rise of excitement that comes with entering high school, Boknecht was intimidated. He came into the school knowing only one or two people, but after a few weeks into school, the nerves went down. “You hear all these stories, but all of them are mostly not true,” he said.

Boknecht dedicates many hours to his sports and hobbies. He has been playing soccer for as long as he can remember. “I play soccer year-round and travel the nation playing soccer,” he said. Boknecht also became a member of the tennis team and after having played in previous years, he made the decision to pick it up again. He has also immersed himself in taking zero-period jazz band.

As his freshman year comes to a close, Boknecht reflected that his favorite class has probably been his Geometry class. He appreciated the support that his teacher Ms. Kristin Boyle has provided him with throughout the year. “She helps you understand what each equation means,” he said.

As far as next year, he is looking forward to taking Honors Algebra 2 and said that band teacher Mr. John Donnelly “has also been pushing [him] to do concert band,” he said.

Boknecht still has a love for Seattle after moving due to his dad’s work. “He’s obviously super supportive of me, so I had to support him,” Boknecht said. Although he lives in Portland, he said he doesn’t fail to make the drive up to Seattle every weekend to stay at his lake cabin and visit friends. “I’ve gotten so used to the drive,” he said. Ever since coming to Portland, he has noticed “everything’s a little smaller” in comparison to Seattle.

This summer, he is looking forward to spending time at his lake house in Washington, seeing his friends in Seattle, and traveling for soccer.