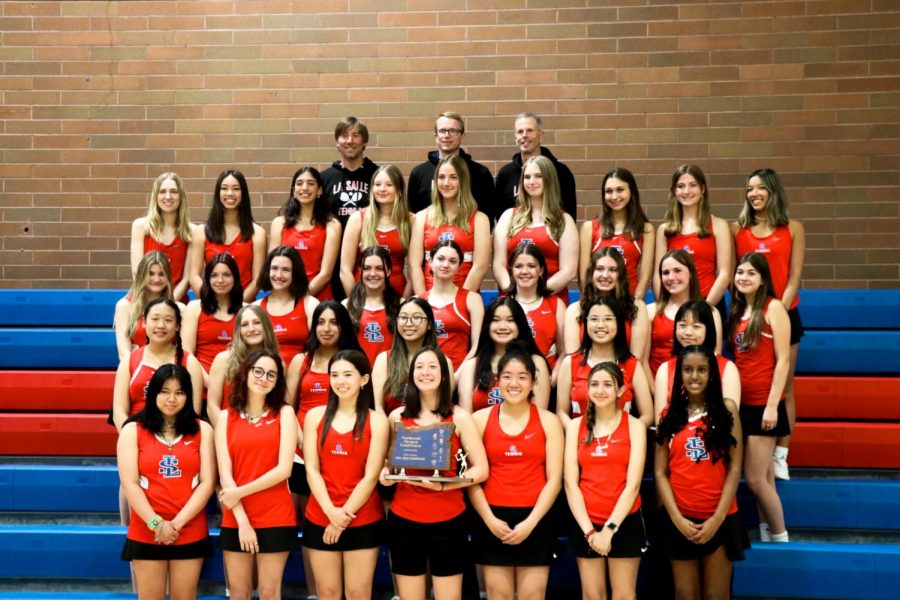 The La Salle girls tennis team stood collectively for a photo with their newly-won quarterfinals plaque. Yet, “it’s not all about winning,” junior Casandra Ramirez said. “We have a lot of fun out there.”

On Thursday, the La Salle girls tennis team celebrated the victories they earned in the quarterfinals at the district tournament as their season comes to a close.

La Salle had three doubles teams and three singles teams in the quarterfinals, and now members of the varsity team who qualified will be competing at the state level from May 20-21.

With a new coach mid-season and more practices in the gym than on the outdoor courts due to weather, “I think this season was an unusual but really good season,” junior Casandra Ramirez said. “We adapted very quickly, and our season goes to show it.”

Because of an editing error, Casandra Ramirez’s name was misspelled in the photo gallery and the article. This has since been resolved.