The La Salle Falconer • May 27, 2022 • https://lasallefalconer.com/2022/05/a-student-led-walkout-honors-lives-lost-in-texas-school-shooting/ 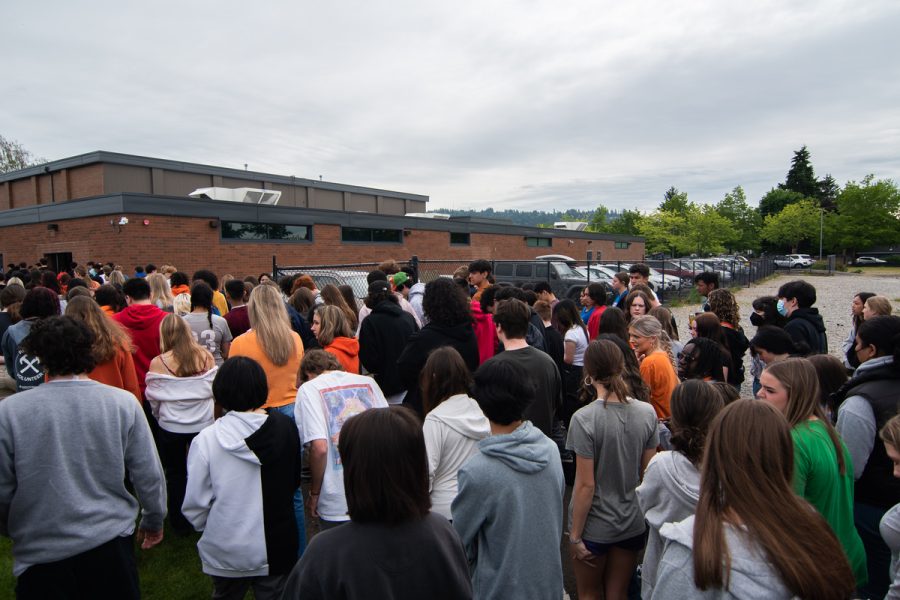 “I was pretty shocked, especially at an elementary school,” said freshman Sayre Albert, who attended the walkout on Thursday after reading about the school shooting at Robb Elementary School online. “I just kind of wanted to show my support to the community and to the families that suffered this loss.”

In stark contrast to the typical cheering and yelling from students on La Salle’s field, on Thursday, a group of students stood silently for 21 minutes to honor the 19 students and two teachers who were killed at Robb Elementary School in Uvalde, Texas during a school shooting.

This shooting is not an isolated incident in the United States, as over 200 mass shootings have been recorded in the U.S. so far this year.

“I was very moved by how many people came out,” said freshman Bailey Fronk, who attended the walkout.

Additional reporting for this piece was contributed by Editor Elsie Buczkowski and Assistant Editor Anna Waldron.