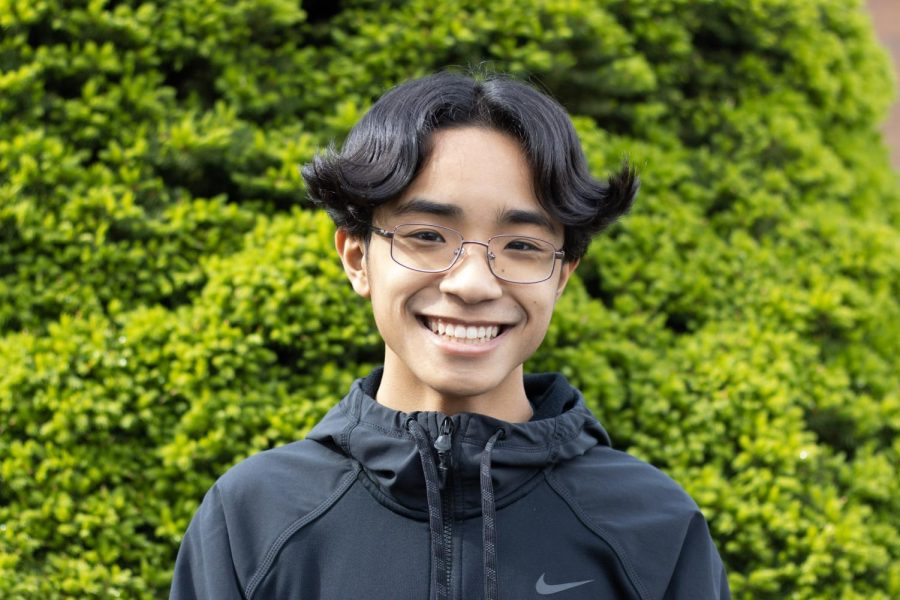 “I really like the team community [of] cross country, track, and swim,” De Leon said. “We are really big on being a community and working together.”

Junior Raphael De Leon is no stranger to the experience of high school sports, as he has participated in cross country, swim, and track and field since his freshman year.

Between the three sports, De Leon says that he enjoys swimming the most. “It’s very relaxing,” he said. “I enjoy being in the water since it’s something I’ve been doing since I was a child.”

In cross country, De Leon races in the 5k, and in track he mainly runs in the 800-meter and 1500-meter races. In swim, De Leon always competes in the 100-yard backstroke, but he also fills in for other races like the 500-yard or 200-yard freestyle, or the 200-yard individual medley event.

On top of being a tri-sport athlete, De Leon still manages to balance his schoolwork and social life, despite the challenges juggling all these activities can create. “It’s really difficult,” he said. “I guess I just kind of go through it — I have the motivation that I need to get my homework done.”

However, De Leon said he has made his mental health a priority as well. “Especially this year, I tried to really consider how I’m feeling [about] my mental health,” he said. “And I think that I would put that above sports.”

One of the people who has stood out to De Leon during his athletic career at La Salle is the cross country distance coach, Ms. Hannah Hildreth, who helps De Leon in and out of running. “She really helps me push a lot,” De Leon said. “I trust her a lot, and I’m not afraid to talk to her.”

This impactful relationship with Coach Hildreth has shaped De Leon’s experience with his sports at La Salle, “I feel like my experience [with] running, especially since she [coaches] track and cross country, would be a lot different if she wasn’t there guiding me, being a supportive coach,” De Leon said.

De Leon acknowledged that in all of the sports he participates in, he definitely feels pressure to succeed, “Especially if I’m on the cusp of being on varsity,” he said. “It’s definitely a lot of pressure to try to perform well.”

Since De Leon will be a senior next year, his advice to incoming freshman and underclassmen is to persevere when things get tough. De Leon said that it is important to “know what you’re capable of doing, and also not being afraid to quit if you need to,” he said.