A Flooded Field Caused the Varsity Softball Team To Get Creative 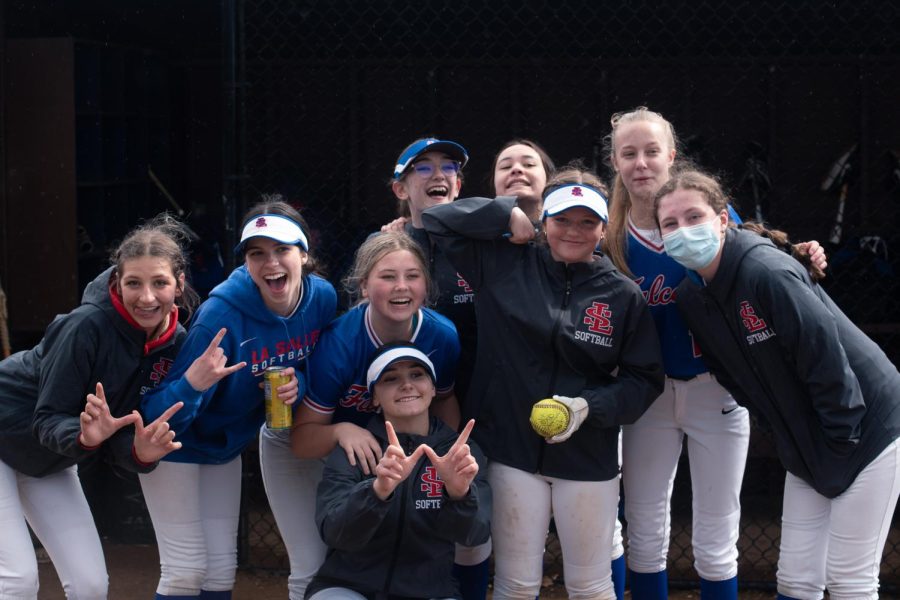 The team played tic-tac-toe on a softball against St. Helens.

On Tuesday, April 26, the La Salle varsity softball team had planned to compete against St. Helens at home. However, due to extensive hail, the game was canceled.

While the players waited for the game to be canceled, they gathered as a team and bonded, taking advantage of the unfortunate circumstances. “I thought it was actually kinda funny,” senior Ryley Vickroy said. “I was bummed out that we might not be able to play, but we still made the best of it.” The La Salle team played tic-tac-toe against the St. Helens team and won the game.

“We’ve not had the best luck with weather,” Vickroy said. “So it’s been tough getting our games canceled, but we’re just excited for when the weather gets a little nicer.”

The nicer weather in the future is not the only thing Vickroy is looking forward to. “I’m really looking forward to Senior Night,” Vickroy said. “I’m just excited to spend my last season with this group of girls.”

The next game will be on Friday, April 29, at Lake Road Field against Milwaukie High School.