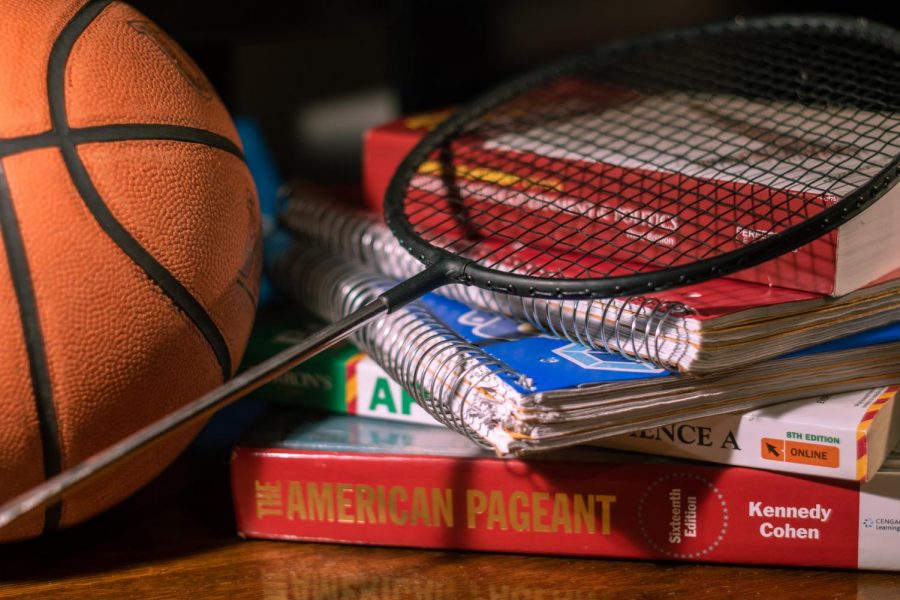 While students are expected to try their best academically, the athletic department is understanding of other factors that may be affecting a student athlete’s grades.

At La Salle, students have to stay organized in order to be successful, especially if they also participate in sports.

According to the La Salle Student Handbook, the current expectation for student athletes is to be passing at least five out of seven classes and to have a minimum GPA of 1.8. If these expectations are not met, athletes face the risk of being deemed ineligible to compete.

“I would say for the majority of our student body, since the time I’ve been here in the last five years when that policy has been in place, that our students rise to the occasion,” Mr. George said.

While La Salle models its academic policy after the OSAA, they don’t just check report cards. Progress reports also have a role in an athlete’s eligibility to play. If a student does not maintain a GPA of 1.8 or higher after a standard six-week grading period, they are unqualified for their sport until that criteria is met.

Regarding semester grades, if the standard is not reached, the student is ineligible for the entire next season of their sport.

Last year, there was a lot of leniency with academic standards due to much of the school year being spent online. “That was not a priority,” Mr. George said. “Now that we’re back in somewhat normal school, all those things are kicking into gear again.”

If a student doesn’t achieve a GPA of 1.8 by the end of the grading period, the La Salle Athletic Department will send a letter to the student’s home as a notice and the student has until the next grading period to improve their grades. The student and their parent or guardian will also be sent an academic contract, which states that a student is not permitted to participate in their sport until their GPA is brought up.

During the rest of the grading period, students are expected to have conversations with their teachers and get missing work completed. “Those conversations help us have an understanding if a kid is achieving to the best possible ability, and if there are certain challenges that are present in their life at that time that are causing them to have difficulty that we can work through,” Mr. George said.

Whether or not a student will be permitted to continue playing their sport after an academic contract is put in place is decided on a case by case basis. If the athletic department recognizes that a student is putting an effort into their academics and their grades are going up, they will accept that student back on the team if there is a spot. If a student is not making progress towards their goal, they may not be able to continue playing.

The athletic department is flexible to students and their academic needs. “We want to have high standards, but at the same time we want to make sure that kids have the opportunity to participate in curricular activities,” Mr. George said.

While students are expected to try their best academically, the athletic department is understanding of other factors that might be affecting a student athlete’s grades. “We know a grade is an indication of learning, but it doesn’t tell the complete story,” Mr. George said.

Mr. George said that the La Salle athletic department wants every student to be successful both in school and in their sport and the safety nets are in place to help student athletes who are facing the challenges of being both.

Coaches and supervisors are prompted by their supervisors to remind students about grades. “They’ll initiate conversations with kids… and that’s an important thing for our coaches and kids to be engaged in a conversation about because that way our kids feel supported.” Mr. George said. “They know somebody cares about them, even though it can be hard to kind of say how you’re doing to your coach.”

According to Mr. George, the most important thing to the athletic department is that students are succeeding academically and focused on their grades as well as their sport. “Everybody is busy, there’s a lot going on. But the point of it is to kind of help kids understand it is a priority.”