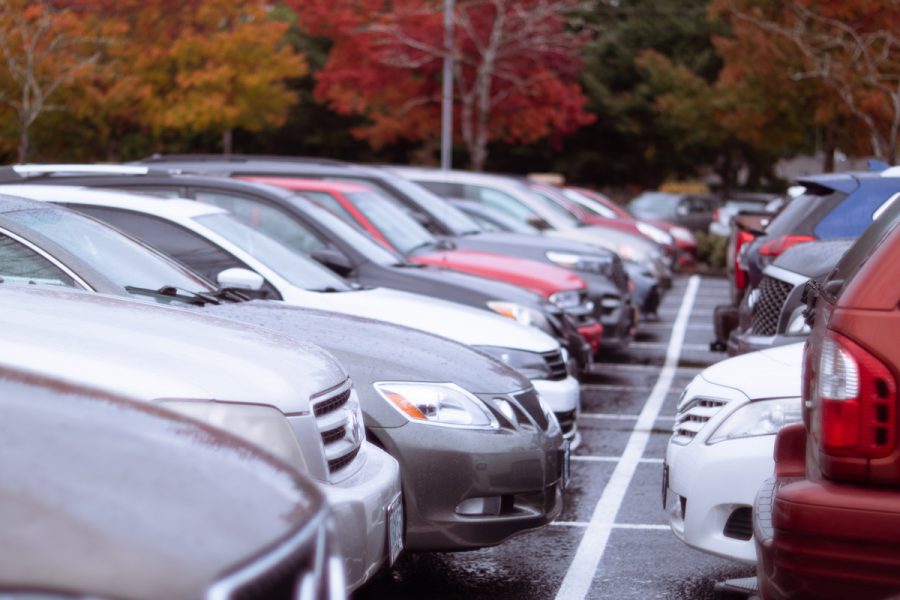 The specifics of obtaining a permit to use the La Salle parking lot is not widely understood by students. “I've never really thought about it, but now I guess I am curious,” junior Sid LeFranc said.

Arriving at La Salle looks different for each student. While some students walk, bike, or bus to school to start their mornings, students who obtain a parking space are able to get to school in a more organized manner.

To find out more about how the application process works for getting permits and parking lot experiences at La Salle, The Falconer spoke to several students and the Vice Principal of Student Life Mr. Brian Devine, who provided information on how students are selected.

With the numbered spaces, the students “know where to go,” said Mr. Devine. “And if we have any issues with any of the cars we know exactly where to go to identify those cars… in both directions, it’s been really beneficial.”

The first step of selection for parking permits begins before the school year even starts. Many juniors and seniors are likely familiar with the Google Form that is sent out via Schoology to apply for a permit. This form is usually sent out at the end of the school year for students to apply for a parking permit to use the following year. The form asks for details such as the make and model of the student’s car, as well as proof of a driver’s license or permit. After students submit this information, the administration takes the data and gets to work.

According to Mr. Devine, when distributing permits, seniors and juniors are prioritized over underclassmen. “That’s been a long-standing tradition at La Salle,” he said. “It’s one I inherited when I became vice principal.”

A lottery system is used to see which seniors and juniors get spots. Lots are drawn from the names submitted in the Google Form, and whoever has their name pulled first gets spot number one, the second name gets spot number two, and so on. The process continues until the names or the available spaces have run out — typically the latter.

After spots have been assigned, students are free to use their permits for the rest of the year, but there is one characteristic about the parking lot that many students pointed out.

It is a rare occurrence to have leftover spots after the lottery. Some years, not even all of the upperclassmen have had spots allotted to them due to the lack of space. To accommodate for this, it is possible to find more space in La Salle’s staff parking, or Christ The King’s lot.

A friend of Doles managed to get a parking spot, yet didn’t end up using it much. They sold it to Doles, allowing her to park, but not without issue.

“There’s been so many times coming in that I’ve almost crashed into someone there,” she said. “Maybe it’s every other day, because the other person’s not watching.”

However, crowding at the parking lot is nothing new at La Salle. Parents coming in to pick up their kids as the school day ends, on top of students eager to head home after being released from school, has caused rush-hour traffic and issues for students who are parked next to the exit and entrance of the lot for years.

The permit application process and parking lot are both important for students who live far from the school, or students who don’t want to deal with the hassle of getting home when they live far away or when it’s too cold or hot to comfortably use other means.