Student of the Week: Lynn Barnes 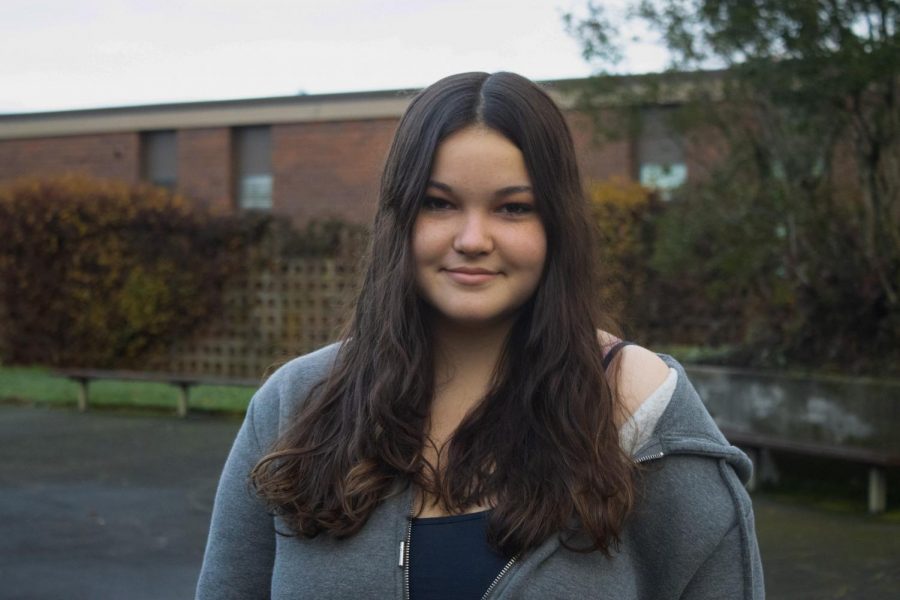 Senior Lynn Barnes is looking forward to gaining a business degree in college.

Looking for a community that not only cared for her as a person but supported and valued her education, senior Lynn Barnes found what she was looking for at La Salle.

After “freshman year of high school didn’t go that great,” Barnes said that she was ready for a fresh start. Barnes previously attended Banks High School before going into her sophomore year at La Salle. When entering the La Salle community, she felt an immediate sense of structure that she had been seeking out. Even during the midst of the global pandemic, Barnes felt supported by La Salle and the staff’s ways of online teaching.

“I think that I benefited from the online learning in a sense that it forced me to have more structure to my day and to be more organized, ” Barnes said. “I’ve been able to take that and then apply that to my everyday life.”

Currently, Barnes is enjoying her Anatomy and Physiology class, a course that is only available for seniors. Barnes said that in past years, Ms. Carie Coleman’s Introduction to Design Thinking and Tools class was one of the most memorable classes she has taken. “It just gives you a lot of opportunity to be really creative,” Barnes said.

In addition to her academic studies, Barnes is an active member in the Students Against Sexual Assault club (SASA), along with the CommuniCare club. “The SASA club has just given me a community of people I can relate to and just kind of connect with,” Barnes said. She also said that her involvement with the club has given her the opportunity to help and support others, which is what she values most.

When Barnes is not in the classroom, she spends her time at the barn with her horse, Dutch. Living in such close proximity to the barn in which her horse stays, “I can go ride, I can do whatever I want there,” Barnes said.

The passion she has for riding has been instilled into her from a young age. “Ever since I was little I’ve been pestering my parents to let me ride,” Barnes said. “When I was younger they were like, you know, ‘She’ll grow out of the pony phase.’ Eventually, they just realized, ‘She’s not over it.”

Barnes is currently undecided on what her exact plans are for the future, but she is set on continuing her academic studies to eventually go to college to earn a business degree.

One of Barnes’ other interests is travel, and she said that her dream vacation spot is Fiji. For her, the main selling point is the huts located on the water that you get to stay on while at the islands. “It’s really also such a peaceful [place], it’s not super touristy,” Barnes said.

As she approaches her last months at La Salle, Barnes hopes that the incoming and new students are able to make the best of their time at La Salle. As far as advice for incoming students goes, “connect with your teachers and make sure that you don’t fall behind in your classes,” Barnes said.