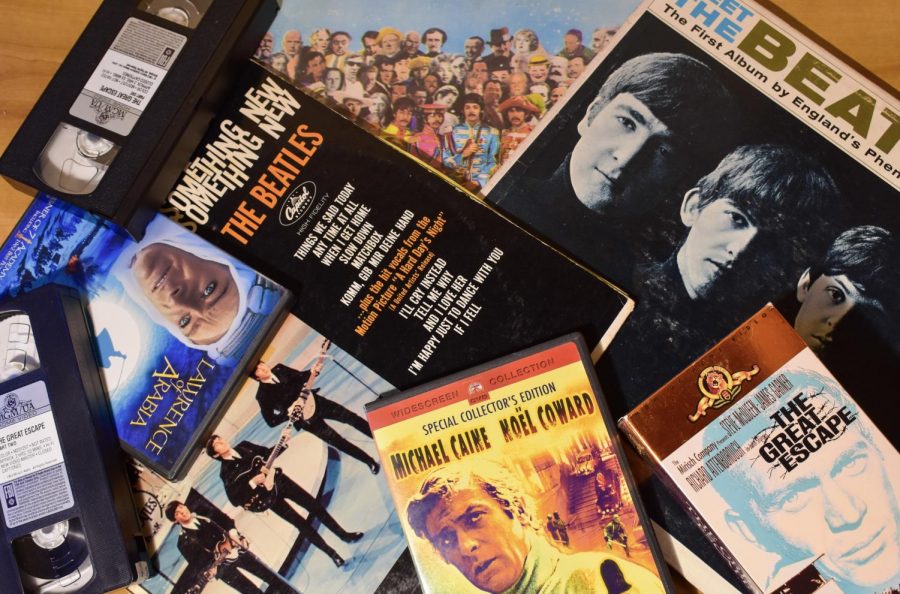 Roll out the shag carpet and prepare to take a trip, with this list of ten movies from the decade that brought the earliest examples of popular culture.

In a mere decade, many filmmakers and studios would redefine whole genres and challenge the norms of old Hollywood, mirroring the social and political upheavals occurring in the same period.

During this time period, movie studios began to become more cynical and exploitative, due to the need to compete with the rise of television, so films became more exciting and experimental as a result.

Featuring a dynamic performance by Peter Sellers in the role of three characters, including Group Captain Lionel Mandrake, the stuffy British officer attempting to sway the manic General Jack Ripper from setting off a nuclear war, the timid President Merkin Muffley who just barely holds together a war room meeting, and the titular and enigmatic Dr. Strangelove. There is a certain screwball element brought forth by Sellers’ performance which, at times, is just enough to break up the movie’s morbid tone.

As the film counts down on a rogue plane’s mission to bomb a Russian base, threatening to set off a doomsday device that would ensure the end of all human life on Earth, Stanley Kubrick’s derectoral work will not fail to impress with iconic scenes, colorful characters, and an eager plot.
Lawrence of Arabia (1962)
Not actually from Arabia, real-life T.E. Lawrence is immortalized in this epic film, not rushing to do so with the movie spanning more than three hours. In the course of the film’s long run, the lore and legend of Lawrence is created in this balance between beautifully crafted scenes, visuals, characters, dialogue, and grand scale.

Perhaps drab for some, the historical setting of the Middle Eastern theatre of the First World War gives striking visuals as the movie’s color palette is dominated by its desert setting. With sweeping shots, meticulously utilizing silhouettes and contrasting colors, the story of T.E. Lawrence is captivating and perhaps one the greatest examples of character evolution in cinema history.

“Lawrence of Arabia” is an example of how a film does not necessarily have to compromise a great story and outstanding visuals for the sake of commercial appeal.
The Great Escape (1963)
Based on the non-fiction book, by the same name, which tells the story of a mass breakout from Stalag Luft III, a German prisoner of war camp during the Second World War. “The Great Escape” would cement the status icon Steve McQueen for decades to come in this suspenseful thriller.

With a plot and score that are both elaborate and fast-paced, “The Great Escape” features iconic performances by McQueen in his role as Hilts as the dauntless American, along with 75 other Allied POWs plan on tunneling underneath the barbed wire fence onto freedom through almost comedic means in duping their captors.

Although the movie’s accuracy to a firsthand account may be corrupted in typical Hollywood fashion, this suspenseful caper romp is a prime example of the unique genre of war films found up until the 1970s, by which time America will have been sobered by war.
Goldfinger (1964)
Allow me to take you back to an age when Daniel Craig’s gritty version of Ian Flemming’s character wasn’t playing a game of psychological cloak-and-dagger, with this prime example of the James Bond of the 1960s.

“Goldfinger” may not be the most popular of the James Bond movies, nor is it the most prominent in the Sean Connery era; however, in this movie, we can begin to recognize the formula for the James Bond we know. In “Goldfinger” he received his iconic Aston Martin DB5, some of his most iconic tongue-in-cheek dialogue, eccentric villains, and female characters who may or may not be killed off later on as a means of advancing the story.

Led by the sadistic, gold-crazed Auric Goldfinger, Operation Grand Slam seeks to render the gold reserve in Fort Knox unusable with the help of a dirty bomb, intended to make the gold untouchable by making it radioactive, thereby increasing the value of Goldfinger’s own gold for which he plans to hold the world hostage in the economic chaos that will follow. However, as this is a James Bond movie, Bond, played by the nonchalant Sean Connery, attempts to thwart his plan.
Once Upon a Time in the West (1968)
Sergio Leone’s style that would define the subgenre of spaghetti western, an offshoot of the wider western genre generally characterized by an Italian director, comes together in “Once Upon a Time in the West” in the often exploited settings of the American west, which is able to set itself apart by not overly relying on mere shootouts or violence but rather is for focused storywise with a subplot between the aptly named character of Harmonica, played by Charles Bronson, and Frank, played by Henry Fonda.

Set around the ambitions of a dying robber baron who only wishes to witness the completion of the transcontinental railroad, he sends out a ruthless mercenary, simply named Frank, in an attempt to clear out a family living on the land needed for the railroad to pass through. As a result of this attempt in progress, Jill, played by Claudia Cardinale, is left widowed by Frank, killing her family over their land right. Where death and brutality are mere caveats in “Once Upon a Time in the West,” the movie captures the essential theme in the western genre, revenge.
A Hard Day’s Night (1964)
In the wake of the Beatles’ rise to fame comes “A Hard Day’s Night.” Ringo Starr, George Harrison, Paul McCartney, and John Lennon each play slapstick versions of themselves.

Somewhat of a fever dream for those who may be familiar with the legacy of the legendary band, “A Hard Day’s Night” will even be enjoyable for those who are not already familiar with the Beatles, as it is an easy-to-watch comedy featuring often irreverent performances as a result of this somewhat jarring hybrid of comedy and music video.
The Producers (1967)
Played by Zero Mostel, washed-up Broadway producer Max Bialystock, whose main source of income is from preying on elderly widows, comes upon the realization that a producer can make more with a flop than a hit. With nervous accountant Leo Bloom, played by Gene Wilder, the two come upon an ideal script for their anticipated flop in the form of a musical which is basically “a love letter to Hitler.”

Finding controversy upon its release, “The Producers” was the first of many great comedies to have been written and directed by Mel Brooks. The movie was not afraid to touch on possibly sensitive topics for the sake of poking fun at a dictator who had died only 20 years prior.
2001: A Space Odyssey (1968)
The second film on this list by Stanley Kubrick, “2001: A Space Odyssey,” set in the not so long-ago fictionalization of the year 2001, can perhaps be interpreted as a harbinger of the future of artificial intelligence and technology, although its allegory may be confusing at times.

When Dave Bowman and Frank Poole are sent on a vague mission, their ship’s computer, HAL, seems to become increasingly belligerent and sentient.

A refreshing example of the sci-fi genre, “2001: A Space Odyssey” does not merely rely on loud or flashy effects but is more comparable to a waltz with a soundtrack to suit, incorporating classical music that is somehow fitting with the often sleek and minimalist look and feel to the movie.
The Italian Job (1969)
Recently released from prison, the cockney-accented Charlie Croaker, played by Michael Caine, already has a job in mind. Using three Mini Coopers, Croaker and his crew plan to steal $4 million in gold during a football match in Turin, Italy, creating some of the most iconic car chase scenes in cinema history.

Offering a unique break from typical modern action movies, “The Italian Job” is just good fun, because it puts any attempt at character development second to genuinely enjoyable action scenes.
The Pink Panther (1963)
Another example of Peter Sellers brilliance, “The Pink Panther” and the ensuing franchise centers on a bumbling French detective, Inspector Jacques Clouseau, as he somehow assumes the rank as being one of the world’s greatest detectives; however, its farcical scenes would argue otherwise.

A caricature, Clouseau remains hilariously oblivious as he is sent on a goose chase through Europe on the trail of the fabled Pink Panther diamond. Although the titular MacGuffin isn’t really relevant, “The Pink Panther” is the perfect mix between mystery and slapstick in this caper in the first installment of one of the greatest comedy franchises in history.