Student of the Week: Nyah Torbert 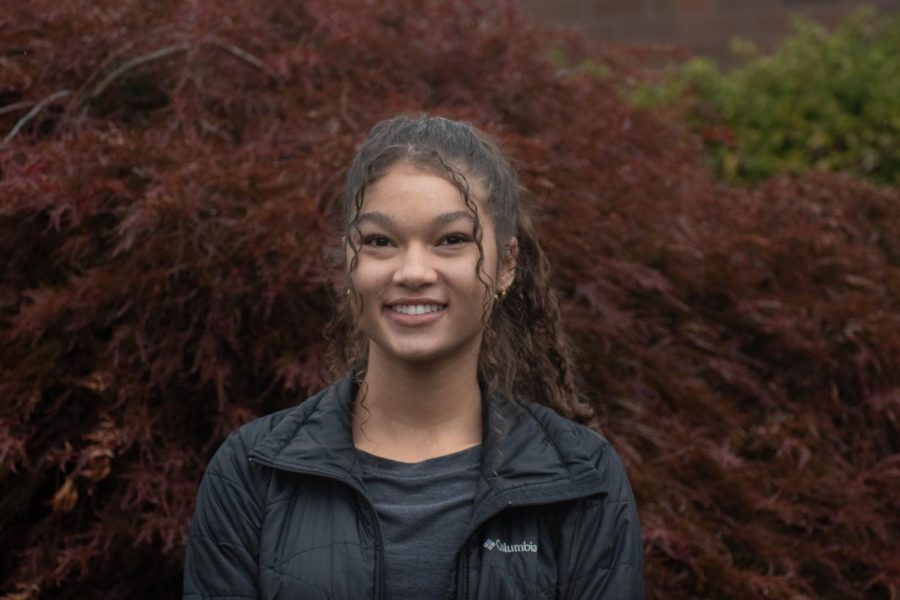 Torbert has been participating in dance for over 14 years, and she is a current leader of La Salle's dance team.

Self-motivation is what keeps senior Nyah Torbert’s dreams on the path to becoming a reality.

Whether she is working towards a career at a private family law firm, or helping to revive La Salle’s dance team, Torbert wants to better whatever it is that she participates in.

The senior is working towards a future at Cornell University, where she hopes to study at the college of Industrial Labor and Relations. She plans to study psychology as an undergraduate, and then hopes to attend law school.

In addition to majoring in psychology, Torbert wants to minor in Spanish. She is currently a student in Ms. Gantt’s AP Spanish 5 class, which she jumped into this year after just completing Honors Spanish 3 as a junior.

“I skipped a level,” she said. “And I had never taken Spanish prior to freshman year, so it’s really intimidating to have these fluent speakers or people who have taken Spanish classes their whole life.”

Torbert’s plan to minor in Spanish stems from an interest in being fluent in the language, as she feels it will help her later on in her adult life.

In addition to AP Spanish 5, Torbert is currently taking four other AP classes, including chemistry, English, statistics, and government. Out of these, Torbert said that English is particularly rewarding despite the fact that it is very difficult for her.

“I feel like I learn a lot, especially from Mr. Krantz,” she said, “It’s a really challenging class but I feel I get a lot out of it.”

When she’s not doing homework for her rigorous course load, Torbert can be found practicing with La Salle’s dance team, which she helped to build from the ground up.

“I’ve been dancing for probably 14 years,” she said. Torbert participated in studio dance until she was in middle school, where she danced for her school’s dance team.

Once she started high school, Torbert was a member of another high school dance team, since La Salle did not have one at the time. “I was actually on Reynolds’ dance team at the beginning of my freshman year,” she said.

Part of the way through her freshman year, Torbert was able to join La Salle’s newly formed dance team. “It’s been a really good experience for me as a founding member,” she said. “We started with eight dancers, and now we have 27, three years later. It’s crazy.”

Torbert has also gained some leadership experience from the roles she plays in the Black Student Union, LINK Crew, Student Council, and the CommuniCare club.

Her membership in BSU began when she was a freshman, as she signed up to join at the club fair. “It was really helpful to me to have this group of people who kind of had this shared experience at a predominantly white school,” she said.

Alternatively, Torbert didn’t become a member of the CommuniCare club until she was a junior, as she was prompted to join by one of her friends.

“I became really interested in it,” she said. “We focused on single mothers living in poverty, that was our main service area last year.”

CommuniCare also provides opportunities for members to continue on their service through the club during times when school is not in session. Torbert said that the club serves as a good way to find service opportunities that interest you to participate in after high school.

As for advice for underclassmen, Torbert said that “it’s important to communicate with your teachers. Everyone goes through a lot in high school. I feel like it’s important to understand that teachers are more understanding than you think.”