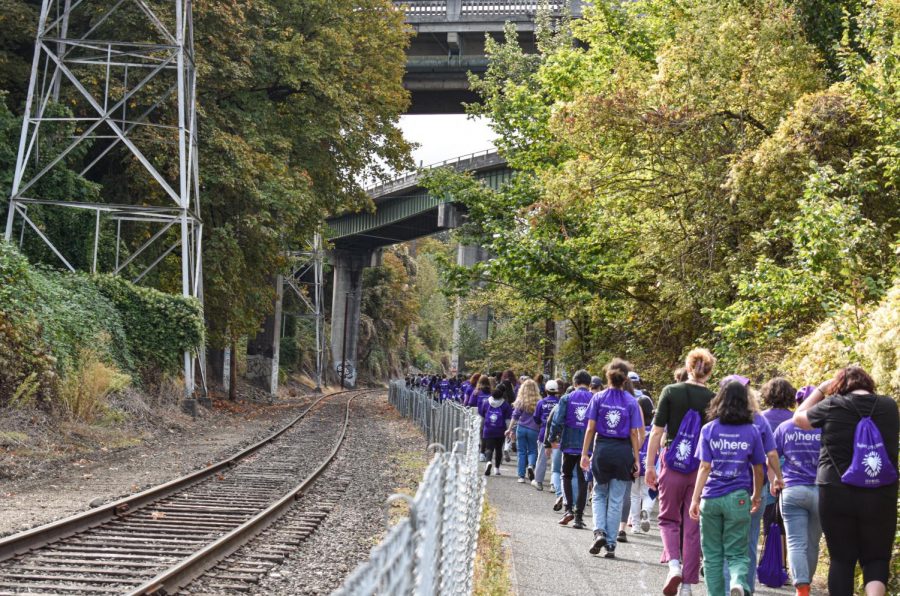 Following the curve and route of the railroad track and chainlink fence, the cavalcade of students proceeded along the Springwater Corridor Trail.

A record-breaking amount of over $90,000 was raised as a result of the efforts of Portland’s Catholic high schools who partnered with the Children’s Cancer Association for the Walk for Joy.

“I thought it was very impressive that many young students from Catholic high schools represented [at the event],” La Salle principal Ms. O’Brien said. “I look forward to La Salle getting more involved.”