Student of the Week: Clara Hudson 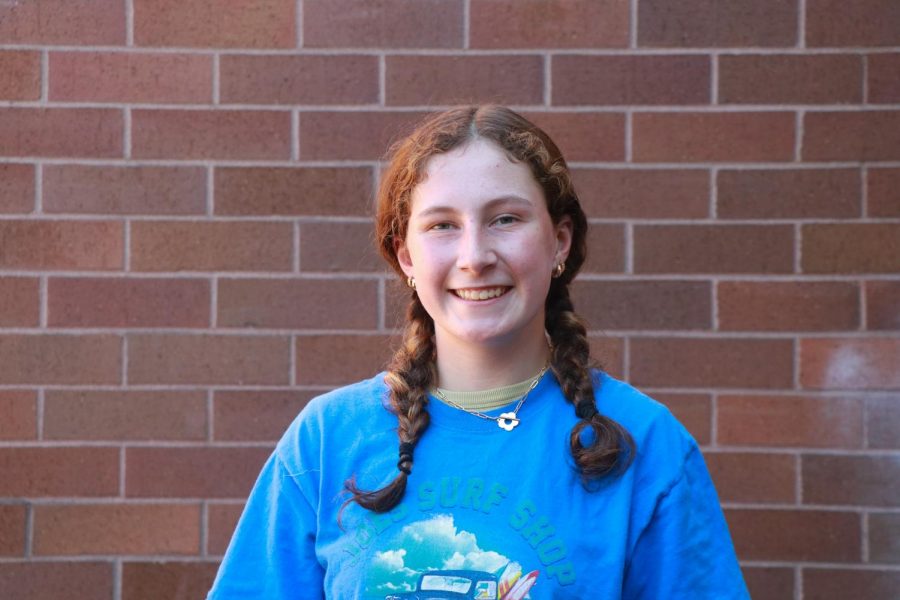 Hudson hopes to explore beyond the United States by adventuring on long backpacking trips.

In her future, sophomore Clara Hudson sees countless possibilities. Although she is unsure of where she will end up, Hudson is confident that pursuing higher education will lead her to what she is trying to find.

Hudson originally planned on attending Rex Putnam High School and continuing through the immersion program that she had participated in at her previous school, but ultimately decided on La Salle due to the close proximity to her house and also since La Salle had the “better vibe,” she said.

During her time at La Salle, Hudson’s favorite classes have been World History and her math classes. Her top class, however, has been yoga. “It’s a nice break from stress,” she said. “Having a no-stress class is really nice.”

Another class she enjoyed was Mr. Larson’s English class. Hudson said that even though English is not one of her favorite subjects, “Mr. Larson made it fun and interesting.”

Outside of academics, Hudson’s favorite thing to do with friends is play sports. She enjoys practicing and playing games with friends, and also doing things as simple as grabbing a coffee and talking about life.

The friendships that Hudson has have mostly been formed through sports. She participates in La Salle basketball and softball.

When Hudson has some spare alone time, she enjoys making jewelry, watching romantic movies, and reading. Her favorite romantic movies are “Titanic” and “Twilight.”

Thanks to many book recommendations, Hudson has been getting more into reading. Over the summer, she added “The Internment” and “Every Vow You Break” to her library.

Hudson has recently been exploring her personal style and takes inspiration from Emma Chamberlain and Hailey Bieber. “I try to thrift most of my clothes so that I am being more sustainable,” she said.

One of the places that Hudson would love to visit is Iceland. Having already been once, Hudson hopes to explore more in-depth the next time around. She thinks it would be fun to go with friends, hiking and exploring blue lagoons.

Her hiking buddies are not limited to family and friends, as she also loves hiking with Scout, her dog. Hudson hopes to explore other areas in and outside of the United States by going on longer hikes and backpacking trips.

Hudson does not know what lies ahead in her future, but she knows that focusing on academics and attending college will lead her to where she wants to go. “I know that if you get good grades and learn lessons from school you will be able to get where you want to go in the future,” she said.