Athlete of the Week: Ben Jacobson 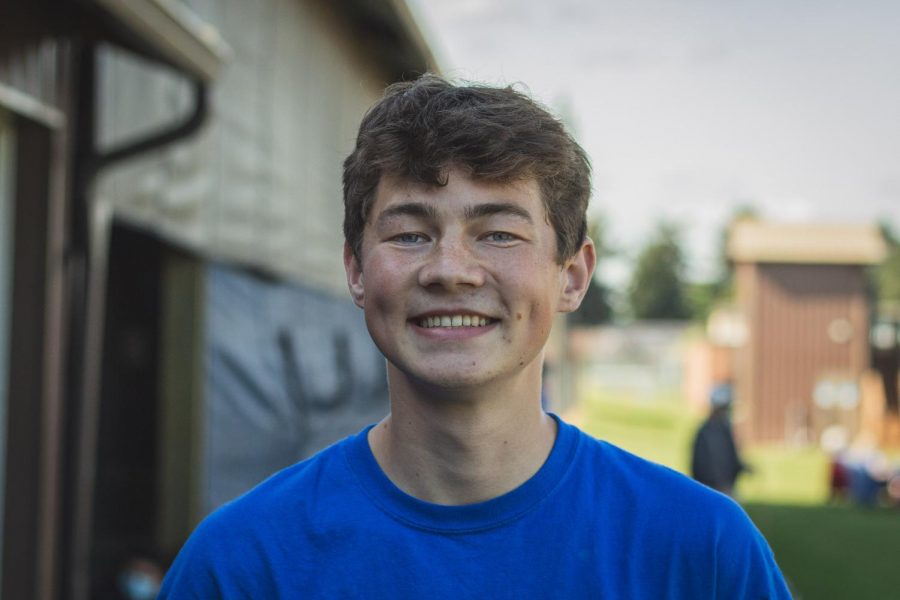 Senior Ben Jacobson made the switch to tennis during his final year at La Salle.

Having played a variety of sports throughout his life, senior Ben Jacobson’s world is surrounded by athletics.

“I’ve played everything from soccer, baseball, basketball, golf, tennis, all those,” Jacobson said. “I’ve stayed involved with sports pretty much my whole life.”

Having played golf and basketball during his high school career with La Salle, he decided to drop his golf clubs for his senior year, and pick up a tennis racket instead.

Before this season, Jacobson had only ever played with his family a couple times, but so far he has found the season to be enjoyable with his doubles partner senior Ryan Schraner.

“He’s a great partner, he’s really taught me a lot about tennis,” he said. “All the guys are really fun to play with. We get really excited [and] we get really competitive, so I think it’s just a great team aspect.”

But his decision to jump on the tennis team didn’t come out of nowhere, as both of his parents played in high school as well and continue to play now.

“My dad was a four year varsity player, my mom also played tennis in high school,” he said. “I think if I get better at that, it’ll allow me to keep playing with them in the future. So, it was for them, [but] also I love the guys on the tennis team — they’re a lot of fun to be around.”

His favorite part of a match is simply playing, especially with Schraner. “It’s my first year but I feel like we’ve developed kind of a chemistry together,” Jacobson said.

The chemistry that an individual creates in a team setting, like the one Jacobson is on now, is something that he feels drew him not only to tennis, but also basketball.

“I think that’s why I like basketball so much,” he said. “You have a coach, you develop chemistry with your coach, your teammates, especially if you have a group of guys that you can really bond with and develop friendships with, … [and] I think this team aspect of sports is really special.”

Alongside tennis and golf, Jacobson has played basketball for twelve years and currently plays on La Salle’s varsity boys team.

He first got started playing basketball at a young age because of his grandpa, who was the Cleveland High School boys varsity basketball head coach.

In the future, Jacobson hopes to continue to play basketball for fun on an intramurals team, and just keep himself up to date with the game.

Along with playing, he plans to attend the University of Oregon in the fall to study some form of business or potentially finance to pursue a career in real estate, like his father, or at Nike.

“Those are two things that I’ve kind of been interested in over time, and I guess we’ll just see what happens,” he said.