Next Level Seniors: Gabby Warta Is Ready To Kick Off the Soccer Season at Idaho State University 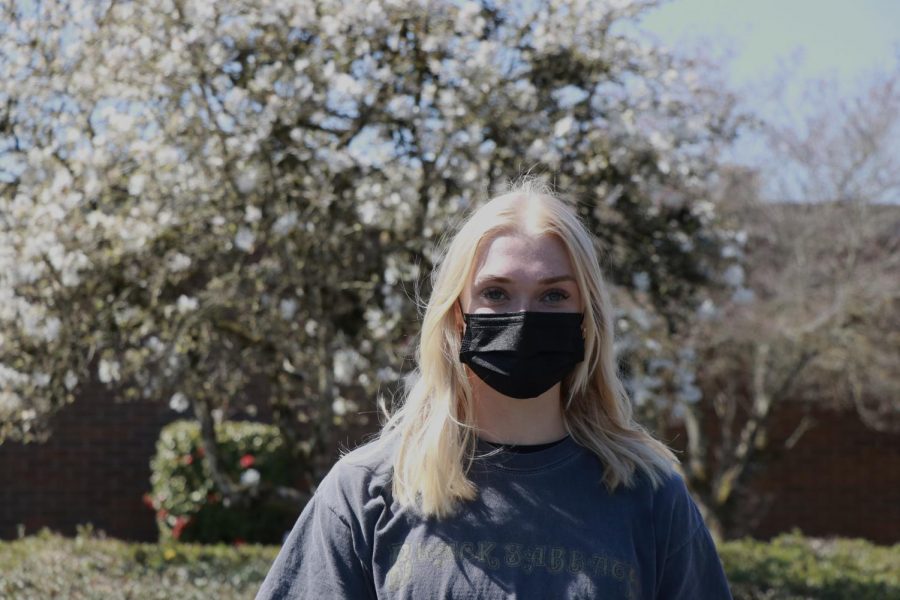 Gabby Warta will be playing soccer at Idaho State University next year, which is located in Pocatello, Idaho.

Playing a sport for over a decade and a half wasn’t always smooth sailing for senior Gabby Warta. “There was a period of time in high school where I wasn’t sure if I wanted to play college soccer,” she said.

The pressure Warta was putting on herself to find the right school and make a decision was weighing her down, as “soccer wasn’t as fun anymore,” she said.

But, after a few months of deliberation, Warta made her decision.

Warta has committed to Idaho State University in Pocatello, Idaho to play D1 soccer next fall. She is part of a select few seniors at La Salle who have signed to play sports at the collegiate level, students The Falconer showcases in the Next Level Seniors series.

Warta grew up in a “soccer family,” with her dad and older sister both playing at the collegiate level, and her younger sister playing soccer for La Salle. “I think it brings me a sense of comfortability in playing the game so I think that’s why I really like it so much,” she said.

Ever since she was younger, Warta said she always admired the game of soccer. “I looked up to the older female athletes I saw out on the soccer field and knew that one day I wanted to be like them.”

There was a lot that went into Warta’s decision to attend Idaho State University. She originally didn’t consider the school, but after the pandemic began, Warta did more research. “I reached out to them over email, and I had a highlight video that I had sent to the coach and the coach emailed me back saying she was interested,” she said.

Without meeting Warta or watching her play in-person, the coach said she wanted her on the team. “My coach is also really amazing and she made me feel wanted on the team,” she said.

Warta had played for Thorns Academy, a travelling soccer club, for three years. “It was kind of a constant go, go, go,” she said. “You didn’t really get much of a break, you’re constantly practicing and training, with the team games on the weekend.”

For her senior year, Warta played for La Salle instead of Thorns Academy. She got to spend her last season of high school soccer with her school friends. “I loved playing high school the last season, it was really fun,” she said.

Although the pandemic changed several aspects of Warta’s soccer career, she said that she is grateful to be playing again.

As for next year, Warta is excited to head off to college. “I’m looking forward to a change,” she said. “Like many seniors, I’m ready to move on to college — ready to put high school behind me — and I am ready to see where life takes me next.”

Warta hopes that she is able to get the full college experience at Idaho State University. “I just want to grow as a person,” she said. “I think college is a really crucial time for people to kind of grow and develop as a person and figure out what they really want in life, so I’m hoping I’ll be able to find that one there.”

While attending Idaho State University, Warta hopes to get a degree in geoscience because of her love for the outdoors.

If she could go back or give a piece of advice to younger athletes, Warta would want to remind herself and others to avoid becoming overwhelmed with stress and pressure,  and “to never forget why you play the game,” she said.