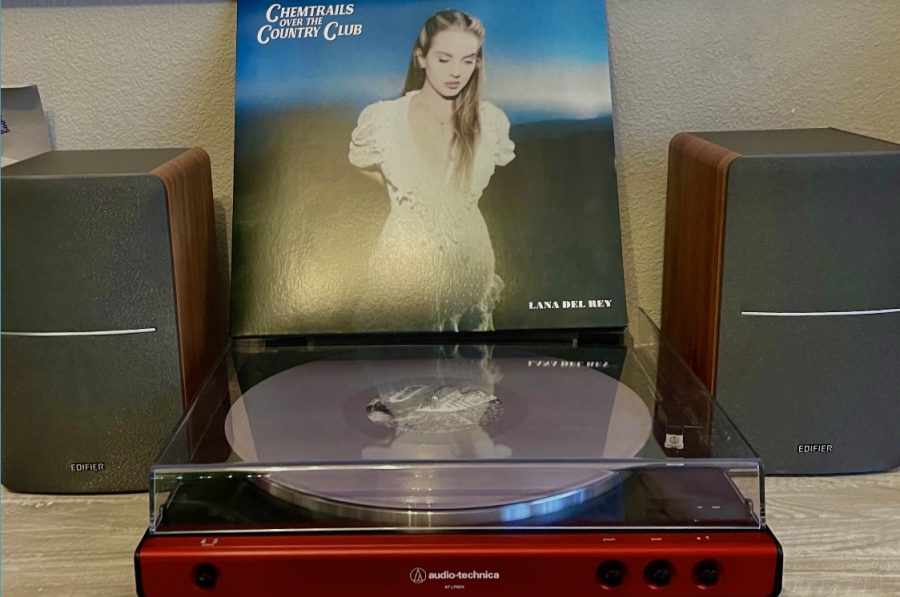 On March 19, Lana Del Rey released her seventh studio album, “Chemtrails over the Country Club,” which followed the release of her hit album “Norman _______ Rockwell!” on August 20, 2019.

It was universally recognized that “Norman _______ Rockwell!” was a beautifully constructed album, with passionate lyrics and jaw dropping vocals. In the words of the music review site Pitchfork, “It establishes her as one of America’s greatest living songwriters.”

After the greatness of NFR, “Chemtrails over the Country Club” did not meet my expectations.

As an avid Lana Del Rey stan, I counted down the days until her new release, watching YouTube video interviews about the album and reading articles.

When March 19 finally rolled around, I listened to the album as soon it dropped and I was slightly disappointed, especially with all of the hype and expectations that had built up prior to its release.

Maybe my expectations were too high, but Lana Del Rey let me down.

“Chemtrails over the Country Club” consists of 11 songs, making the album 45 minutes and 27 seconds and featuring only three other artists: Nikki Lane, Zella Day, and Weyes Blood.

The opening song, “White Dress,” is the most unpleasant song of the album in terms of sound. Del Rey’s vocals in the beginning of this song sound pitchy and the rhythm during the second part of the chorus is inconsistent and throws off the sound of the song in its entirety.

Lyrically, “White Dress” is amazing. Del Rey reminisces on her time before fame when she was a waitress and would go by many different stage names, a common one being Lizzy Grant. However, not even the beautifully written lyrics can make up for the distasteful sound of this song.

“Yosemite,” “Breaking Up Slowly,” “Dance Till We Die,” and “For Free” are all songs I don’t necessarily dislike, but I wouldn’t go out of my way to listen to. I find all four of these songs mediocre and uninteresting compared to the entire NFR album.

Even though I do not particularly enjoy six out of the eleven songs, there are still some on the album that I  love.

The title track “Chemtrails Over The Country Club,” “Let Me Love You Like A Woman,” “Wild At Heart,” “Dark But Just A Game,” and “Not All Who Wander Are Lost” are the five standout tracks of the album in my opinion.

These five songs remind me of the Lana Del Rey I know and love, with whimsical and divine lyrics, accompanied by simple guitar and piano instrumentals that make the songs even better.

Overall, “Chemtrails over the Country Club” is not terrible, but Del Rey was not able to curate this album to a point that measures up to anywhere near the hype and exquisiteness of her previous album, “Norman _______ Rockwell!”