Athlete of the Week: Riley Herington 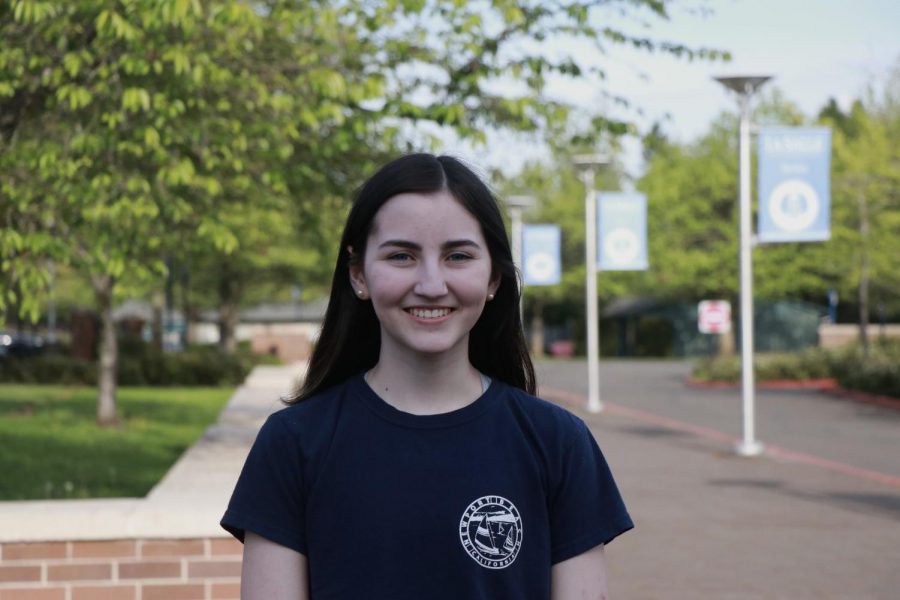 Freshman Riley Herington enjoys dance because "being around everyone kind of motivates me," she said.

Freshman Riley Herington started dancing when she was in the third grade after seeing breakdancing.

This being Herington’s first year on La Salle’s dance team, she enjoys the camaraderie that the team and its members bring. “I just feel more connected with the people around me,” she said. “I’ve learned how to be a better teammate and work together.”

Herington said that remembering the choreography and performing in front of a large group of people can be nerve-racking and that her teammates have been helpful for her in becoming more comfortable at La Salle.

Herington decided to join the dance team at La Salle because she was looking forward to the opportunity to dance at a competitive level. One of Herington’s biggest motivators in dance is how competitive the sport can be. “Being around everyone kind of motivates me because then you can kind of see how good other people are,” she said. “Then you kind of push yourself to be as good as everyone else.”

Although dance can be challenging, Herington tries not to be too consumed by it and tries to have fun. “I definitely try to be pretty focused and remember everything, but you also just want to make sure you’re having fun and I try not to take it too seriously,” she said.

Herington enjoys performing as it allows her to overcome the challenge of performing in public. “It’s always a little stressful because you have to make sure you nail everything, but I usually feel pretty confident in my ability,” she said.

As a sport and performance art that requires both dedication and time, Herington tries to balance both dance and school by being focused and pushing herself every practice.

While having to make up for the lost practice time caused by the pandemic, the dance team has been preparing for the state competition. Herington said the pandemic has made it harder to bond together as a team, especially as a freshman, but said that practicing with her teammates has helped the team become closer. “The other people on the team are really helpful and give [me] a lot of tips,” she said.

The dance team’s season will be cut short as sports restrictions return due to an increase in COVID-19 cases. Their second competition has been pushed back a week and will top off their already curtailed season. In their first competition, the team ranked outstanding among other schools for contemporary dance. “The seniors have worked really hard to create this dance team and have been waiting for this state competition for years,” she said. “Now it’s sort of being taken away again.”

She is looking forward to further pursuing dance during her time at La Salle. She said she would like to make sure the team becomes the best it can be, given the opportunity.

The pandemic has brought some challenges for Herington, but dance has been a way she has coped and worked through it. When she first came to La Salle, she didn’t know many people, and dance allowed her to make friends with people in other grades, which she found helped her find her place at La Salle.