A La Salle Club Connecting With Larger Community Through Service 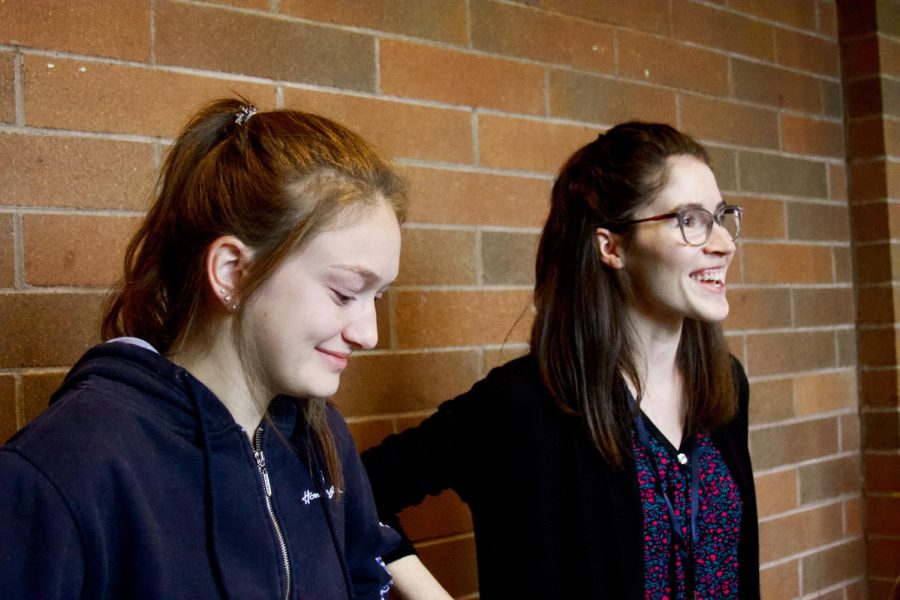 “We work with an organization called CommuniCare to raise funds that are matched by CommuniCare to then interview and allocate those funds to nonprofits that fit into the service area topic that the group chooses for that year,” senior MaryGrace Mott, the club moderator of CommuniCare said.

Mott said that she was initially drawn to the CommuniCare Club because of its agenda that focuses on service and community. “Just knowing that I can do something concerning my passion of service, and knowing that I can be able to provide funds for nonprofits that are really doing wonderful things,” she said.

Mott has been involved with the club since it was initiated at La Salle three years ago. While this is her first year as the head moderator, she was an assistant moderator last year.

The biggest goal Mott has for the club for the rest of the year is to “offer a new understanding of our mission statement and be able to provide funds to nonprofits in our society that are actually doing wonderful things that no one sees,” she said.

Mott hopes that if members take away one aspect of the CommuniCare club, it is that many organizations are doing good for the world that usually goes unnoticed.

One major challenge Mott has faced so far is member consistency. She said that sometimes it is hard figuring out a time when the club’s 22 members can hold a meeting that garners high attendance.

As of right now, the club meets for anywhere between 30 minutes to an hour each Thursday at 3:30 p.m.

While the club meets once a week, Mott said that they don’t always cover everything that needs to be discussed and figured out.

“There is a lot that is done outside [of the meetings] concerning contacting nonprofits, communicating with CommuniCare itself, and our CommuniCare coordinator,” she said. “We do try to get as much done in a meeting, but at the same time there’s always something that can be done outside of a meeting.”

To keep organized and on top of her to-do-list, Mott takes notes during the CommuniCare meetings. “We try to take notes almost every meeting just [to say] ‘OK this is what we did today, this is what we still have to do’,” she said.

Although La Salle has transitioned to a four-day schedule of in-person learning, Mott thinks that club meetings will still be held over Zoom. “Most of our work concerns [topics] outside of the school, and the best possible way to execute [meetings] would be over Zoom,” she said.

Mott also wants those involved in CommuniCare to remember that service isn’t an obligation. “We don’t do service just to fill the minimum hours,” she said. “It’s an experience and an opportunity to really learn from the people and really learn outside of what we learn in the classroom.”