Freshmen Come Together for a Class Retreat 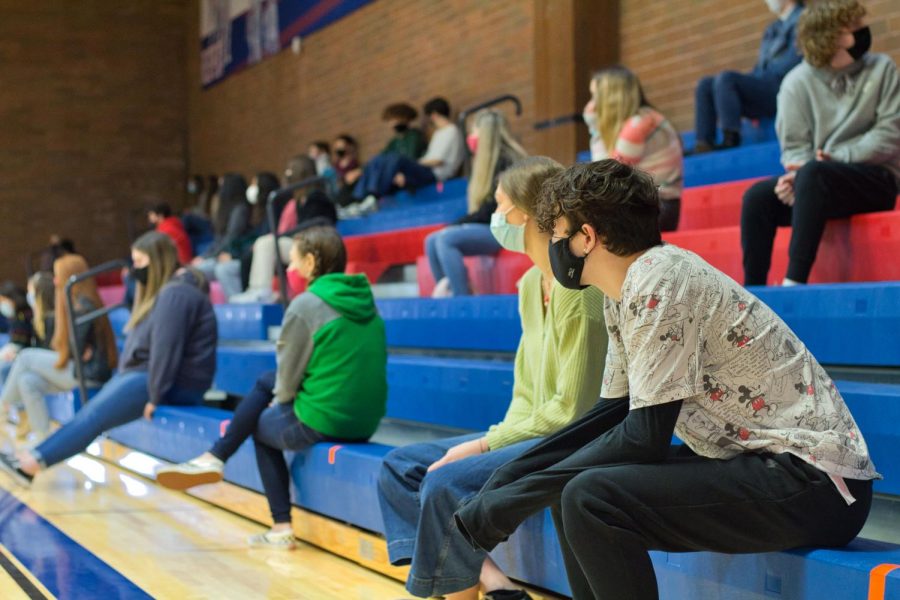 Students gathered in the gym for a welcome assembly, a series of different games, and to meet La Salle’s Sparrow Wesley.

On March 3, freshmen gathered on campus to participate in a class retreat. They were split into groups based on hybrid cohorts to participate at different times in order to maintain COVID-19 guidelines.

“The freshman retreat is really about getting the class together for the very first time,” Director of Faith Mr. Gary Hortsch said. “And this time around, given the amount of social distancing we’ve been doing, I think it’s really great for the class to come together and really start getting to know each other in person.”

When they arrived, the freshmen gathered in the gym for a short welcome assembly that was made up of a quiz on Kahoot and a game that replicated the show “The Price is Right.” There was a surprise appearance by Francis the Falcon, and students were introduced to La Salle’s Sparrow Wesley via Zoom.

“The central experience of the freshman retreat is learning about the Sparrow Project,” Mr. Hortsch said. “Our Sparrow this year, his name is Wesley, he recently received a bone marrow transplant from his brother Wyatt, and it’s about gaining perspective and empathy and compassion for others.”

Later in the retreat, students broke out into small groups where they wrote letters to their future selves, which they then sealed in an envelope that they will revisit in four years after they graduate.

When thinking about the rest of her high school experience, freshman Alyson Vickroy said she is  “excited to form relationships with new people [and] continue with my sports and outside activities.”

Reflecting on the retreat, Mr. Hortsch said that it served as a “chance for them to get together [and] start creating some friendships that will last the next three and a half years, and a lot longer.”