Student of the Week: Brooks Coleman 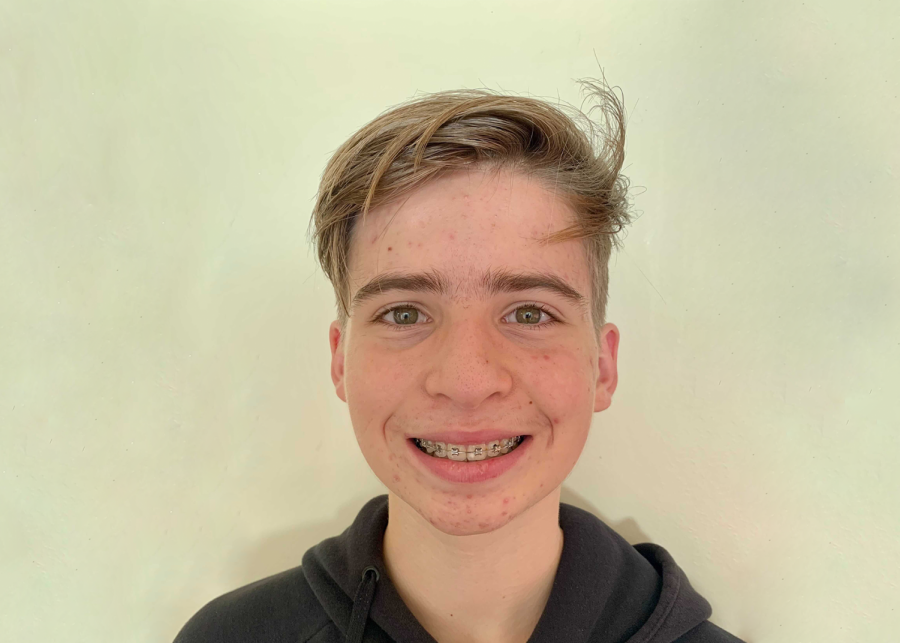 As a result of the coronavirus pandemic, Coleman said that he’s learned to “appreciate school for what it is, which is a way to learn as well as a way to connect with your friends and meet people.”

He sits. He relaxes. He turns on the television, eyes glued to the screen.

Brooks Coleman has been watching sports on TV since he was five years old.

“My life is a lot of sports,” Coleman said.

Coleman went to grade school at St. Agatha Catholic School, where he played sports alongside a few of his friends, including Austin Stephens and Grant Ellison, who are also freshmen at La Salle. In his free time, Coleman enjoys hanging out with his friends.

Coleman has been playing soccer since kindergarten and has played basketball since fourth grade. The football video game, “Madden NFL,” is one of his favorites.

“We’ve been Beaver fans for a while and I have always been attached to that,” Coleman said.

After spending a lot of time at home watching collegiate sports, Coleman is ready to return to in-person learning and hopes to play basketball or soccer at La Salle.

As a result of the coronavirus pandemic, Coleman said that he’s learned to “appreciate school for what it is, which is a way to learn as well as a way to connect with your friends and meet people.”

Before Gov. Kate Brown ordered a two-week “pause,” Coleman was practicing soccer and basketball at La Salle with safety guidelines in place, practicing social-distancing and wearing a mask.

“It was a nice opportunity to meet people and make friends through that,” Coleman said. “I look forward to it … It’s a privilege.”

This year, Coleman is taking two languages, due to a mix up with his schedule. He is taking Spanish I with Ms. Amy Gantt and German I with Ms. Hannah Grossi.

With an online learning system, Coleman said that “it’s challenging sitting through 80 minutes of Zoom meetings.” However, Coleman said he enjoys that La Salle is “better scheduled” compared to other schools.

Coleman’s favorite classes are English I with Mr. Gregory Larson and World History I with Ms. Mallory Spanjer, but he also enjoys Catholic Christianity and Intro to Sacred Scriptures.

“I never thought I’d say this, but religion [is one of my favorite classes too],” he said. “Mr. Wild makes it very interesting.”

Something that many people don’t know about Coleman is that he loves to write.

“I just enjoy writing things and getting my thoughts on paper,” Coleman said. If students were to return to school, Coleman hopes to interact with Mr. Larson more because “he’s just a fun person.”

Four years from now, Coleman hopes to graduate with high grades and later attend a good college. Looking ahead, Coleman said that he would remind his future self to “pay more attention in class.”