Wearing a Mask Should Not Be Political: It Is About Protecting Lives 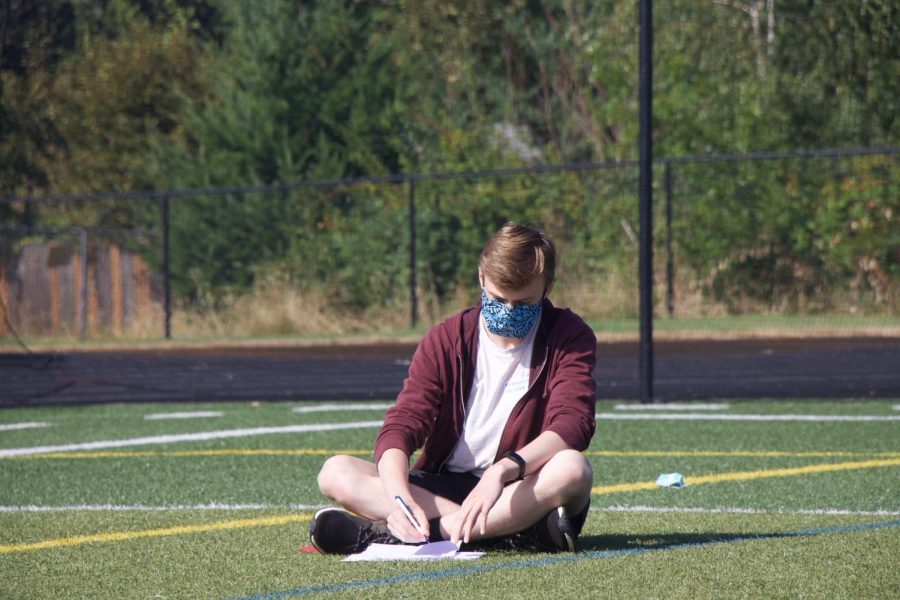 One crisp day in January of 2020, I walked into my living room to see CNN News and my mother at the dining room table, with her eyes locked on the television screen. Reporters were saying something about a virus hitting China, putting citizens in beds with hearty coughs and blazing temperatures.

I didn’t think much of it until it quickly became the topic of discussion during class. Suddenly, jokes and memes filled the feeds of all my social media accounts, and I began to wonder what the world was about to become.

Everyone, including myself, initially thought we would die from the coronavirus. I was naive a few months earlier, thinking for some reason that a lightning-speed, airborne virus would not end up in the United States, in my state, or even in my city.

We all remember that day in March — the day we all were told we wouldn’t return to school for a while. Some teachers were predicting we would return quickly, while others knew the virus was not going to be something that would recover within a few weeks.

At the beginning of our “extra long spring break,” I do not recall many people wearing masks. It was not a mandate, rather it was a suggestion. Something that was overlooked by many, including myself, was that not only healthcare workers and those on the frontline should have to wear masks, but we all should.

Working in the fast-food industry, when the schools shut down, we didn’t.

There were a couple of weeks where masks weren’t required. Customers walked in with no masks, just like us. Soon enough, it was a requirement to wear a mask as soon as you entered the building. Now, it’s a relief when a customer is seen with a mask as you open the window.

As of Sept. 28, the death toll of COVID-19 has surpassed 1 million people. Hand washing, social distancing, and wearing masks have become less of a recommendation and more a lifestyle for many — but some are still fighting it.

The most common way to spread this virus is through person-to-person contact, sneezing, coughing, and even talking. Yes, even by following the mandates and the recommendations you can still contract COVID-19 — no one ever said by following these regulations that you wouldn’t get the virus. That’s what everyone must understand.

This virus is unknown.

COVID-19 has created a world where no one knows what to expect and when everything will become “normal” again. Wearing a mask slows the spread of the virus to help our overworked healthcare systems and helps to protect other people who may be more susceptible than you.

It is understandable that not everyone is in favor of these mandates, as you might not want the government telling you what to do. But looking at the bigger picture — it’s not something you need to do for yourself, it’s something you can do to protect someone else.

Before the state mandates of wearing masks in public, there wasn’t much public to be in. Across the globe, cities big and small shut down. Businesses were closed for weeks, if not months, and the economy hit rock bottom.

In the United States, one in four adults have struggled to pay bills since the outbreak. According to Pew Research Center, about half of those who lost jobs are still unemployed. By wearing masks, we have enabled establishments to reopen, helping to bring back what is left of our economy.

As we gear closer to the election, emotions continue to heighten between the different parties. When looking at Democrats and Republicans, Democrats are more likely to wear face coverings compared to Republicans. How did protecting yourself and others from a global pandemic become a political debate?

Looking at the political parties’ leaders seems to be the answer. While Democratic leaders have emphasized the importance of wearing masks, Republican leaders have done the opposite.

Democratic candidate and former Vice President Joe Biden has proudly spoken about the mandates. “I would do everything possible to make it required that people have to wear masks in public,” Biden told CBS Pittsburgh.

In contrast, Republican leaders such as Arizona Governor Doug Ducey fought the mandates while cases rose. President Donald Trump has also had an influence on his supporters and the Republican Party.

Back in July, during an interview with a Fox News reporter, Trump voiced his outlook on establishing a national face covering mandate. “No, I want people to have a certain freedom, and I don’t believe in that, no,” Trump said.

As of Oct. 1, 33 states across the nation have state-mandated face covering regulations and most states without them have city-mandated regulations.

Even with the new information that Trump has contracted COVID-19, people are still refusing to wear masks.

Trump is one of the highest, most protected people in the country and COVID-19 still got to him. No matter what your political views are, this virus can reach you.

With winter approaching and as weather conditions worsen, public health experts are warning the public of a likely second wave, as Americans will begin to spend more time indoors where the virus flourishes.

It is vital that we all understand the importance of wearing a mask, and that if we are accompanied by others, to protect both ourselves and them with a face covering.