Sexual Assault Is a Real Issue That Deserves Our Attention 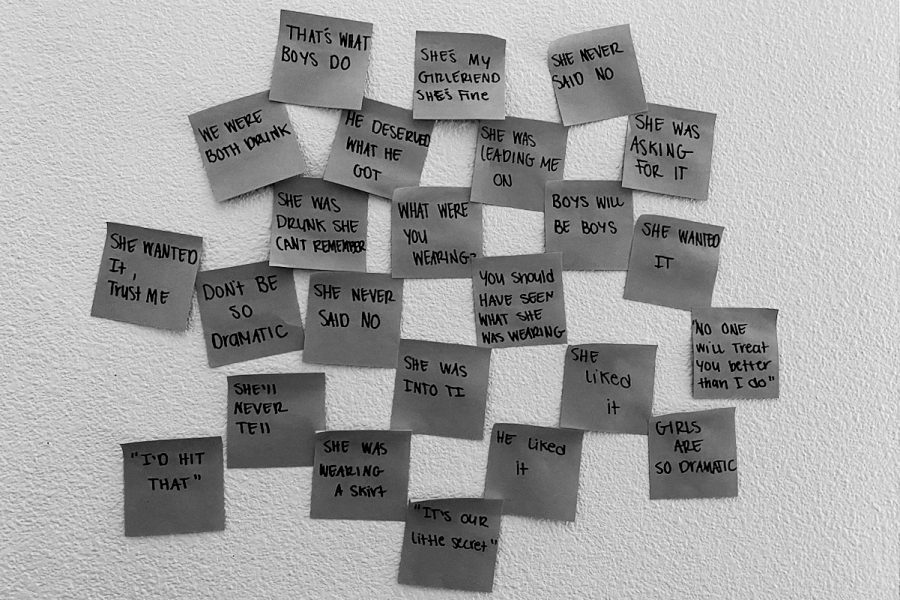 Sexual assault is not something we should be learning about for the first time during our freshman, sophomore and junior years of high school. We need to be discussing and preventing it at much younger ages.

This story contains content that could be upsetting to some readers.

Every 73 seconds, an American is sexually assaulted, becoming a victim of unwanted sexual touching, attempted, or completed rape.

You never know if or when you will be next.

While only living sixteen years in this world, I have heard only a small amount of stories. Too scared and ashamed to tell their stories, or trying to move on, a community of survivors live their daily lives maybe only telling a single friend, or no one at all.

Young girls grow up with the fear embedded in them that they will one day be harassed, touched, and abused. Many soon face the reality of being ‘catcalled’ on the streets, or gaining a horrible nickname because they wouldn’t go to another base with a boy they just met.

These are all stereotypes — maybe. Some would say that maybe these are stories that only happen to girls who dress a certain way, or participate in underage drinking. Maybe she was asking for it, or she was too under the influence to be able to give consent and was taken advantage of. Maybe it was her fault.

No, it doesn’t just happen to girls. Not every victim is female. Not every rapist is male. Sexual violence and assault touches every demographic. Sexual assault does not discriminate. Around one out of every 6 women in the United States is sexually assaulted during their lifetime. Although women from all background experience sexual assault, it often particularly impacts women of color, immigrant women, disabled women, and women who are part of the LGBTQ+ community.

The toxic stigma surrounding men not becoming victims of attempted or completed rape threads throughout our society. In reality, about one in 33 American men experience sexual violence or assault during their lifetime. Men are usually overlooked due to their statistics being lower, but this should never degrade the significance.

Although not everyone directly experiences sexual assault, there is no shortage of its impact on every single person. Whether we know it or not, someone in each of our lives has most likely been directly affected by sexual violence and assault. These traumatizing, inhumane experiences can break someone — and yet out of all crimes, rape is the most under-reported.

Facing a broken legal system that only provides a 50% chance of an arrest and around 80% chance of prosecution for the cases that are reported, which is only about 40%, it is no wonder so many survivors don’t tell their stories. Around only 6% of rapists will ever spend a day in a jail cell.

Not only can this be discouraging to survivors, but the neglect and blame they face can largely contribute to hesitancy to speak out. Although it’s not the case for all, the majority of victims face doubt in their credibility. The misconception that false accusations of rape are more common than in reality can cause doubt when trying to find justice.

In fifth grade, we learned about puberty, and how our bodies would start to change. In eighth grade, we were told to always use protection during any sexual intercourse to prevent STI’s. During sophomore year at La Salle, students spend a few weeks in Health class learning more specific sexual health topics such as STI’s, birth control, and the meaning of consent.

As a sophomore, I had already experienced some of the events they were teaching us ways to prevent. I had friends who had experienced these horrific things that they were showing us videos on. I came to the realization that our school systems are broken when teaching these realities.

29 states and the District of Columbia now require schools to teach sex education, and all but two mandate HIV education as a part of that. But what about the other 21 states? Our American sex education system is not enough. Some states don’t even require any form of sex education at all. Instead, a growing teaching of protection and abstinence weaves throughout the classrooms when consent, resources, and the realities that children will soon be faced with are often left unaddressed.

Every school across the nation must find a balance between sensitivity and reality when teaching sex education. We cannot hide the harsh realities of abuse, harassment, violence, and rape. Although it is uncomfortable, it must be addressed.

The sheltering of young children from these horrific realities is valid — but the statistics that are facing the children of America, children as young as the age of five years old, beg the question: When should sexual assault, violence, rape, and the aftermaths of these events be taught?

Forms of sexual harassment go as far back as early childhood memories. Comments on dresses and skirts worn by young girls carve deeply into many children’s memories. The “boys are gonna be boys” and “well, what were you wearing?” responses are traumatizing.

Although it is scary, children need to be given the resources and lessons of what to do in these situations, because even though teachers may have not heard the comments or seen the abuse, what happens on the playground, in the locker rooms, or outside of school needs to be addressed.

Sexual assault is not something we should be learning about for the first time during our freshman, sophomore and junior years of high school. We need to be discussing and preventing it at much younger ages.

It hasn’t happened to me, not yet. But when are we going to realize this is not something to be sheltered from or dismissed? This reality touches everyone in some shape or form.

When will we realize that enough is enough, and no means no?