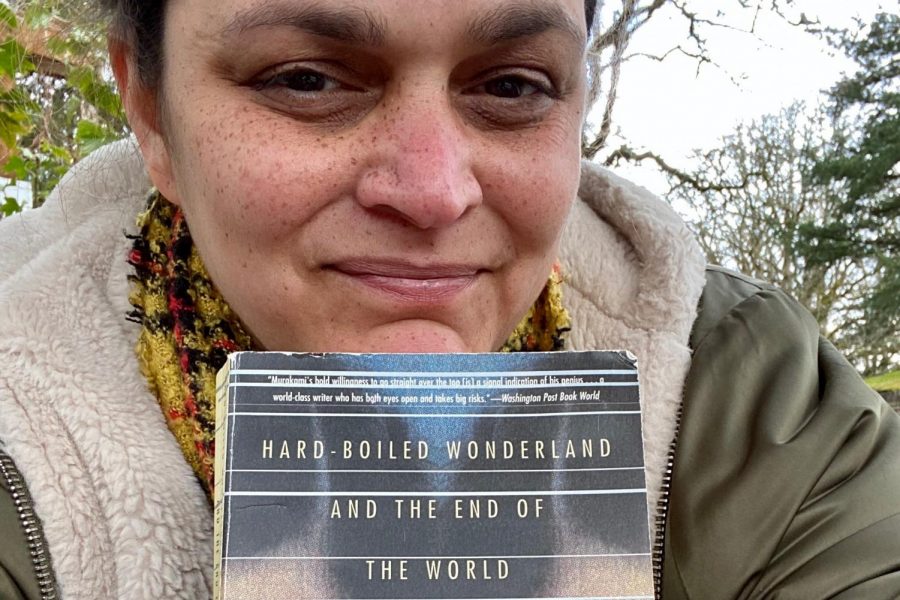 The book "Hard Boiled Wonderland and the End of the World" has a special significance to Ms. Cha, as it started the first conversation that she ever had with her husband.

Ms. Cha has read this book many times, and each time she does, it transports her to different places, depending on where she is in her life. “It was also the book that started the first conversation between my husband Seth and myself in the airport restaurant,” she said. “So yes, the book has personal significance.”

This book is one that becomes a part of your mind and sense of consciousness after you read it, according to Ms. Cha. “I describe it like you don’t know if you dreamt a passage or if it was really in the story,” she said. “[It is] hard to explain, but once I read this one, I knew I had to read all of [Haruki Murakami’s] work.”

Haruki Murakami is one of Japan’s most famous international contemporary authors, and is one of Ms. Cha’s favorites as well.

Ms. Cha feels that a lot of characters have experiences really “hit home, and hit something else, like a global connection.”

During social distancing, Ms. Cha feels like we need as much connection as we can get while apart from each other. “You have to give it a minute, like most good books, but definitely worth it,” she said. “He mixes Japanese culture with a ton of Western American music and art culture.  The book is timelessly hip. His characters will stay with you, and the ideas will too.”