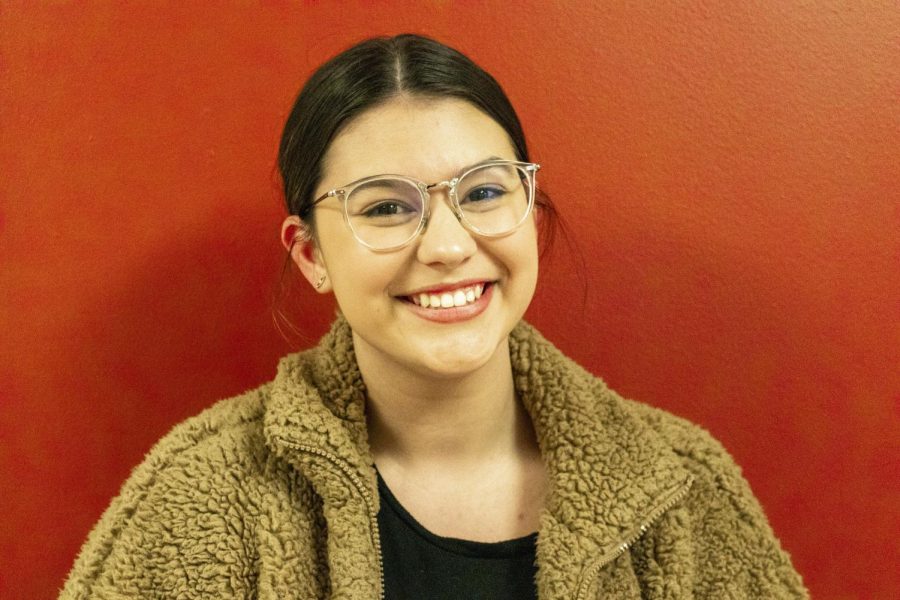 Through her volunteer work with multiple non-profits, Mott has grown to become a service oriented person.

Along with a course load of eight classes, four of them being Honors or AP courses, junior Mary Grace Mott participates heavily in the La Salle community through clubs and student trips.

Mott has been taking choir at La Salle since her freshman year. This year, with a full schedule, she decided to take Morning Choir, which takes place before school begins, allowing her to be in all the classes she hoped to take.

Anatomy and Physiology is Mott’s elective course this year, and it is also her favorite class in her schedule. This is helping her take the next step towards her hope of becoming a trauma surgeon in the future.

Before attending La Salle, Mott went to public school. “Coming here it was [a] shell shock of how much work there was,” she said.

School was stressful for Mott as an underclassmen. “You just want to follow what everyone else is doing, and kind of [find] that niche of where you fit in and where you can accomplish things without overwhelming yourself,” she said.

A tip Mott gives to all underclassmen is to find a way of studying and taking notes that works for you.

For Mott, color coordinating her notes and practicing studying patterns for tests helps her prepare. “It took me until the middle of my sophomore year to realize, ‘oh, this note taking way works for me,’” she said.

This school year Mott attended the L’Arche immersion trip. “It was incredible,” she said. “I know that’s kind of cliché to say, but L’Arche is truly incredible. I do recommend [for others] to go on it, it’s an experience that is once in a lifetime.”

On the trip, she spent the week with nine other La Salle students and two teachers, and they worked on a farm for the entire week. “We got to eat meals with the core members that live on the farm, and just see a lifestyle that we don’t experience in everyday life, and see a marginalized society that has been pushed away from our[s],” Mott said.

Mott feels the L’Arche immersion taught her a new perspective to her own life.

“It taught me truly how to see someone as a person, and not as their outward appearance, not [the] look in their eye, not how they present themselves,” she said. “But [to see them] for what their dignity is and what their story is, and understanding where they came from… Rather than a quick glance to guess who they are, actually take time to understand the person.”

Last summer, which marked the 300th anniversary of St. John Baptist de La Salle’s death, Mott attended the Young Lasallian Assembly (YLA) in California, along with other students in the Lasallian schools district.

“It was so profound because on the first day, they did a prayer, and you know the comment ‘let us remember,’ nine hundred students said that at the exact same time,” she said.

At YLA, Mott helped volunteer at the San Francisco Boys and Girls Club during their day of service, and attended breakout sessions where they learned about St. John Baptist de La Salle.

Mott also participates in multiple clubs at La Salle including Service Club, Green Dot, Youth Ending Slavery club, and Hands for CPR Club. She is also on the Student Council, the team manager for La Salle’s dance team, and participates on the speech and debate team.

In and outside of La Salle, Mott also enjoys doing service. She used to volunteer at a nationwide non-profit called The First Tee, which teaches kids the game of golf and life skills that are focused around nine core values. Mott now works for the organization.

Every third Friday of the month, Mott helps at Rahab Sisters, which is also a non-profit that only serves women. “It’s a place where women can go for four hours to get a safe place out of whatever they’re experiencing,” she said.

Mott feels she has always been a service oriented person, and she gets another perspective to the society she lives in through volunteering.

“Seeing the whole other side of society that we don’t see day to day because we have the opportunity to attend a school [like] La Salle, it’s eye opening,” she said. “It makes me realize the opportunities that I have, and it helps me grow and learn more as a person, [creating] a better understanding of our society and life from doing such actions.”

The last bit of advice Mott has to give other high schoolers is to stay relaxed and take it easy.