Closed Campus Lunch Is for Our Safety, Not Our Frustration 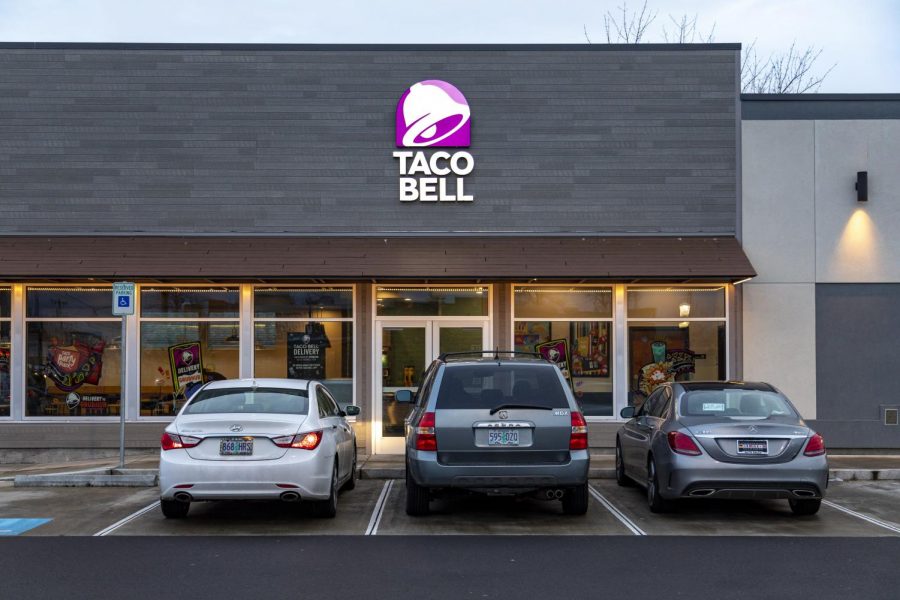 After the school day ends, students have many options when it comes to choosing where they would like to eat outside of the school cafeteria.

Off-campus lunch is a topic many students and staff have debated. The advantages of off-campus lunch seem endless: more freedom, countless options, shorter lines, and social time with friends.

Within a mile radius of La Salle, students can choose from popular food chains such as Taco Bell, Wendy’s, Chick-Fil-A, and many other options that are provided at Clackamas Town Center.

However, the cons of off-campus lunch far outweigh the pros.

Based on many conversations I’ve overheard at La Salle, it appears that many students would much rather prefer to indulge at Taco Bell than in the school cafeteria, but student safety should be the number one priority.

Just outside the La Salle campus, there have been police reports filed including crimes involving methamphetamine and heroin. Also, the National Human Trafficking Hotline in Oregon received 135 reported cases of human trafficking in 2018. Another issue with off-campus lunch is the risk of automobile accidents.

In 2008, a teenager was killed and two others were critically injured after leaving their school campus to go to lunch in Nassau, New York. The student driver was speeding and lost control, causing him to crash into a utility pole.

Having off-campus lunch can also create higher instances of tardiness for classes around lunch time. Some students could even decide to skip their next class because it’s more fun being able to do what they please rather than being indoors studying.

Students would also acquire more freedom, so they would risk making poor decisions. With the rise of vaping and nicotine products, there are no doubts some students would be tempted to use them off-campus.

Students would also have the freedom to choose what kind of food they are enjoying, which may not meet the nutritional standards for growing, young adults. The healthy menu choices at La Salle are superior to what Taco Bell and Wendy’s may offer. Granted, nothing is stopping a student from buying chips, Oreos, and other unhealthy options from the school lunch line, but there are definitely healthier options in the La Salle cafeteria than an impulsive purchase from a fast-food franchise.

Students who stay on campus to eat should still make healthy choices, as unhealthy options will only cause students to feel tired and sluggish throughout the day.

Instead, students should look to healthy alternatives such as an orange, apple, or banana, which are only 50 cents each. The National Institute of Diabetes and Kidney Diseases suggests students should also avoid sugary drinks such as soda, energy drinks, sweet tea, and some juices that have added sugars as a hidden source of calories.

The La Salle cafeteria is always plentiful with a variety of different lunch options. The main course is different every day with all sorts of other hot lunch options to choose around it. 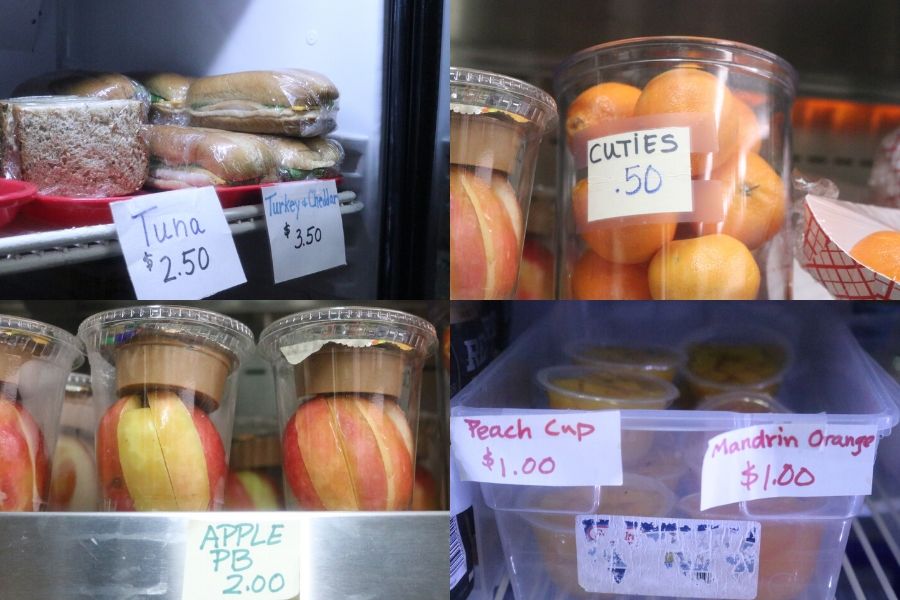 Hailey ReevesThere are a variety of quick snacks for students to choose from in the cafeteria.

There are a variety of different cold options such as the ready to go sandwiches, including turkey and cheddar, egg salad, tuna, or peanut butter and jelly. If students are not too hungry, they can always grab a yogurt, fruit, veggie cup, pretzels, or even an apple sauce. There is also a nutritious salad bar with lots of loaded healthy options to choose from.

Still, there are many facets to the on-campus vs. off-campus lunch debate.

In one potential scenario, only upperclassmen would be allowed to go off-campus for lunch. If lunch times were to remain only half an hour, it would be a nightmare trying to have almost every student get in and out of the school parking lot with the amount of congestion.

In another scenario, students might be required to carpool with other students and sign up ahead of time. Another idea would be only allowing students to leave campus if they have a parking spot and have a license with their six month rule up. Trying to allow all students to be able to go off-campus for lunch would be chaos.

It might be true that allowing students to go off-campus for lunch could have benefits for mental health. Being able to take a break from a stressful school day can be helpful for students to relax and forget about the strains of school. But the cons outweigh the pros.

Safety, nutrition, time management, and poor decision-making are all factors supporting the reason off-campus lunch isn’t an option currently. La Salle has plenty of healthy and nutritious alternatives for students to enjoy on a safe, welcoming campus.