Athlete of the Week: Lindsay Drango 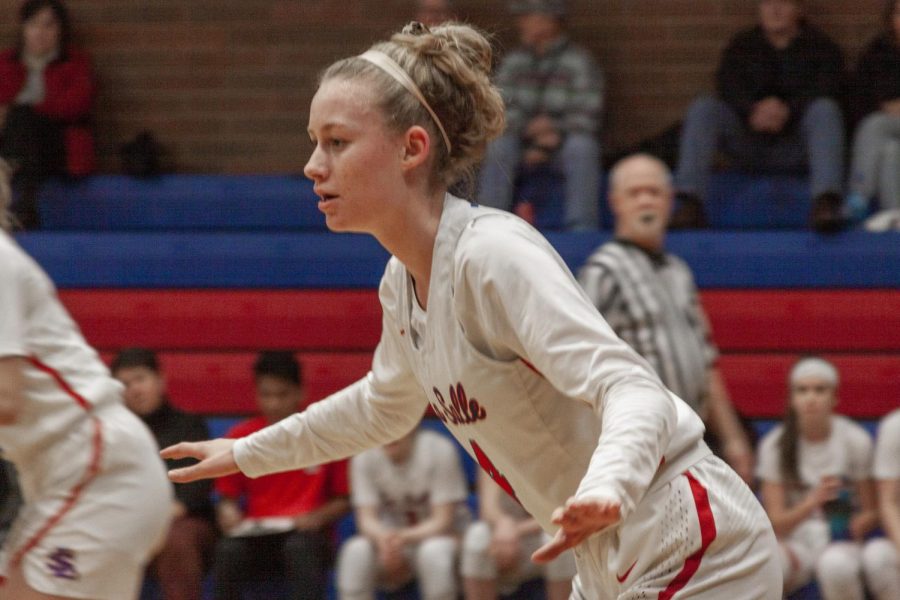 After tearing her ACL twice, senior Lindsay Drango plans on furthering her basketball career in college.

Following the the girls basketball team’s state championship success of 2019, senior Lindsay Drango is keeping her eye on this year’s prize — another state title.

She discovered her passion for basketball at a young age, after starting her career with Little Hoopers. From fourth grade through freshman year, she moved on to play for the club team Clutch Players.

Before transferring to La Salle, Drango attended Lake Oswego High School for her freshman and sophomore year where she played on the girls varsity basketball team. Unfortunately, during her first season, her momentum was stopped abruptly after suffering a tear to her ACL at a basketball tournament, forcing her to take leave for over a year.

When Drango returned to the court during her sophomore year for a practice clinic with Northwest Stars, a new club, she jumped back in too quickly and her knee gave out for the second time. This caused another tear to her ACL and a tear to her MCL, further delaying her promising athletic future.

By the time of Drango’s junior year, she made the decision to transfer to La Salle because she said that she wanted to be involved in a smaller community. In addition, meeting coach Kelli Wedin and junior Addi Wedin allowed for an easier transition, and helped Drango to overcome her injury frustration, as Addi had torn her ACL as well.

After two surgeries and about a year of physical therapy, she fully recovered from all injuries to her knee, and made a comeback towards the beginning of her junior season. “After being hurt for two years, I didn’t know if I would ever get back to playing basketball,” Drango said. “That night [I returned,] I played for my team, my trainers, my family, my coach, [and] all the people who have supported me along the way.”

After the recent passing of basketball legend Kobe Bryant, Drango said it made the team realize it was their job to play for the people who can’t. “This is something I hold very dear to my heart… hearing the crowd cheer and having my teammates run up and hug me is something I’ll never forget,” she said.

With four practices and two games a week, Drango stays driven through both her teammates, as well as her own love for the game. “I don’t want to let my teammates down or anything, so that’s always a big motivator,” she said.

When Drango’s not on the court, she enjoys fishing and hiking. She is also gearing up to run track in the spring, as she previously did varsity track at Lake Oswego High School her freshman year.

As for life beyond La Salle, Drango has committed to continuing her basketball career at Whitman College, where she also plans to study biology, and eventually pursue a career in physical therapy.

Drango said she chose Whitman over any other school because of the “home-like community.” “It just felt like La Salle,” she said.