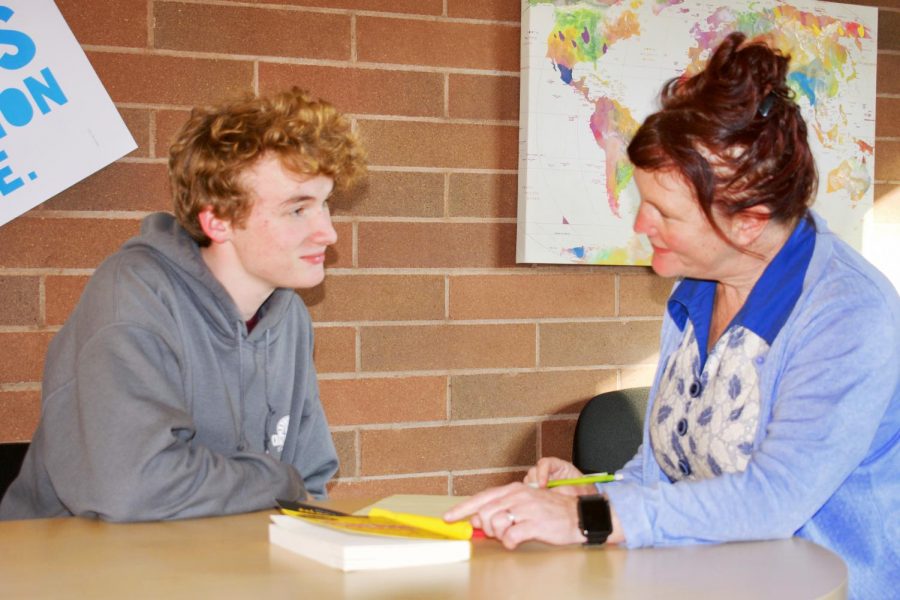 “I think it’s great that we are finally seeing mental health [as] just as important as physical health,” counselor Ms. Kerri Kelvin said.

Starting this school year, Oregon students are legally allowed to take excused mental health days thanks to a new bill proposed by a group of recent Sherwood High School graduates, who hoped the bill would reduce stigma around mental health. The bill became law earlier this year and amends the list of excused absences to include the mental or behavioral sickness of a student in addition to the physical sickness of a student.

As the second bill of its kind in the U.S. — put into effect a year after Utah passed a similar bill amending the list of “valid excuses” for a student to miss school — this law allows students up to five excused absences in total in a three-month period.

By allowing students excused absences for mental illnesses as well as physical illnesses, the law is meant to encourage students to acknowledge that their mental health is equally as important as their physical health, and helps them be honest about why they are staying home from school so they are better able to receive the necessary help.

Legally, the law appears to apply only to public schools in Oregon, meaning private schools like La Salle aren’t necessarily required to allow students excused absences for mental health reasons, at least not by law.

Although the bill does not directly apply to students at La Salle, the Vice Principal of Student Life, Mr. Brian Devine, said that the administration has and will continue to support students with any health concerns, including those related to mental health issues.

Mr. Devine said that while the school probably will not formally adopt the terms of this bill, he sees it as an opportunity for the administration to review the current student handbook, possibly modifying the language to more clearly include mental health as a valid reason for absence.

The graduates who proposed the bill are Sam Adamson, Derek Evans, Hailey Hardcastle, and Lori Riddle, who all attended Sherwood High School. The group became motivated to create the bill after brainstorming the importance of mental health days in a summer camp for the Oregon Association of Student Councils.

One of the students’ main motives for drafting the bill was wanting to decrease the stigma around mental illness, which can dissuade people from reaching out for help by creating isolation and shame around these individuals.

According to the National Institute of Health (NIH), in 2017, out of 46.6 million adults in the U.S. with mental illnesses, only 42.6% received treatment, meaning less than half of the adults received the services they needed. Additionally, NIH determined that the average delay between the onset of symptoms and intervention is 11 years.

Hailey Hardcastle, one of the students who campaigned for the bill, told the Associated Press that she hoped the bill would help decrease stigma by creating a more open conversation between students and their parents or teachers. “Being open to adults about our mental health promotes positive dialogue that could help kids get the help they need,” Hardcastle said.

Another intention Hardcastle said she and the other students had when lobbying for the bill was to equalize the importance of physical health and mental health. “We need to say it’s just as OK to take care for mental health reasons as it is to care for a broken bone or a physical illness,” she said.

Ms. Kerri Kelvin, a counselor at La Salle, supports the ideas of the new law. “I think it’s great that we are finally seeing mental health [as] just as important as physical health,” she said.

Ms. Kelvin said that many students who come to their counselors for help are looking for a place to temporarily escape the stresses of the school environment. “The students that I see often, they just need a break,” she said. “When the day feels too overwhelming, sometimes they just need… to take maybe just one period just to be quiet and be by themselves or just to gather themselves.”

Junior Adam Elle shared a similar perspective, elaborating on the need that students sometimes feel to de-stress. “A couple days off where us students can just take a break and kind of unwind would be very beneficial to us not only as students, but as all around humans,” he said.

“Personally, I’ve suffered from several concussions,” Elle said. “Over the school year I’ve really started to notice their impact on my brain and body. Some days are very hard to get through because my brain will be in such a fog or I will just have an extreme migraine, so I personally believe that mental health days are a great idea. Not only for my own personal reasons, but just the fact that high school is tough. Everyone is going through something; [whether] big or small, that can make going to school every single day… very difficult.”

Although this new law applies to public schools and not necessarily to private schools like La Salle, some students expressed their varying opinions on the bill.

“I think [the bill is] a good idea,” senior Nina Timmen said. “Because nowadays there’s a lot [of] pressure on high school students and I know a lot of people are getting more anxiety and depression… I feel like allowing [people] to take a day off for mental health reasons is a good idea.”

Junior James Menor also felt that the bill is a good idea because of the challenges that school can present, challenges that can sometimes overwhelm students to an unhealthy extent. “However,” he said, “it could be negative because some people may use it as an easier way to get out [of school].”

Students taking advantage of the excused mental health days as a forged excuse to skip school, similar to faking physical illness, is one possible effect of the bill that is a main concern to those who might oppose the bill, those who are not sure how they feel about it, or even those who are in support of the bill but recognize the potential negative ramifications of its legal implementation.

“I don’t know how I feel about it,” senior Elyssia Fitzsimons said. “Having mental health days [as] a legal term of absence could and will potentially help a lot of people struggling with mental health problems and stress. But I also do believe teens could possibly use this as an excuse to skip school in excess which will not [benefit] their mental health in the long run.”

For those seeking assistance, mental health resources and support are available to La Salle students through the Counseling Center.