Athlete of the Week: Kate Collins 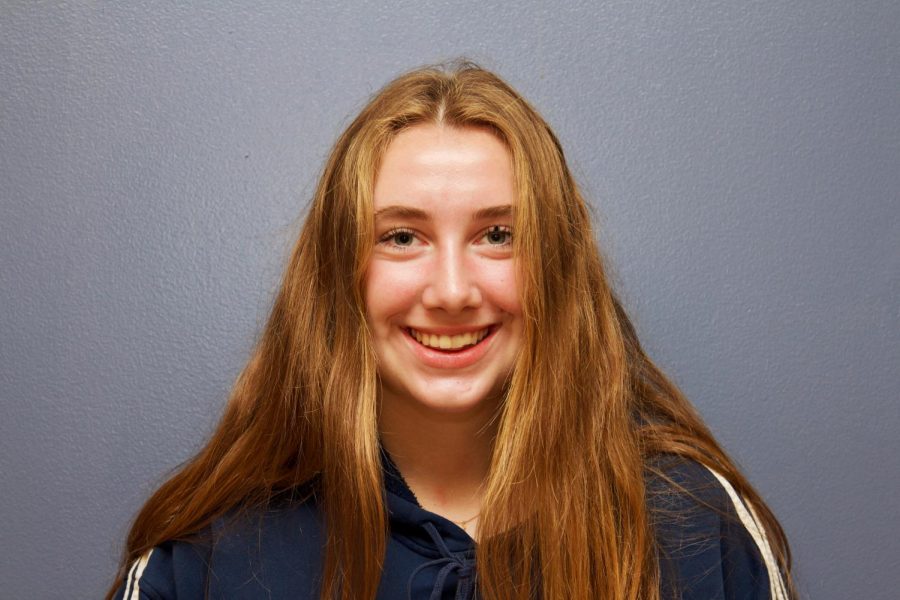 Sophomore Kate Collins says her family inspired her to take up the sports she plays.

From a young age, sophomore Kate Collins has spent numerous hours on the soccer field and the basketball court. She has played soccer since she was in kindergarten and basketball since third grade.

According to Collins, sports have always been a part of her life. “Everybody in my family plays sports, so I was always at my siblings’ games,” she said. Seeing her siblings play made Collins want to play sports too. Though Collins has been inspired by her family to take up sports, she said that “knowing how good it feels to succeed” motivated her to continue.

Currently, Collins plays soccer year round. She is a starter as center back for the La Salle varsity soccer team and plays club soccer for the Eastside Thorns. Since Collins plays competitive sports in addition to La Salle athletics, she does not really take a break from sports all year.

“Club [soccer] starts a week or two after high school season ends,” she said. “[In] the summer months, we play two or three tournaments. In the winter and spring, games are on the weekends. We usually have one or two games per weekend.”

Although Collins enjoys club soccer, she prefers high school soccer. “It feels like the purpose of high school soccer is to have fun because you get to represent your school and have all your friends come out and support you in your games,” she said.

Collins would like to help her La Salle team make it to the playoffs this year. She wants to help the team improve and do better than they did last year.

One of the benefits of playing both high school and club soccer is the different atmosphere each provides. Collins said that high school sports are “a lot of team bonding” compared to club soccer, which “is more about progressing as an individual player and trying to stand out for colleges.”

Not only do the different soccer experiences provide unique atmospheres, but they also come with varying levels of pressure. Collins said that during high school games she feels pressure to perform because all her friends are watching.

Collins hopes to continue playing soccer in college, although she has not decided what colleges she would like to play for. In order to stay on top of her game for college recruitment, she has contacted a couple of coaches to guarantee she is on their radar for future reference.

Her biggest piece of advice for people who are afraid to get involved in sports due to varying factors is to just go for it. “It becomes fun once you’re into it,” Collins said.