From Beyoncé to BANNERS, Here Are Ten Pop/Alternative Songs to Get You Through the Day 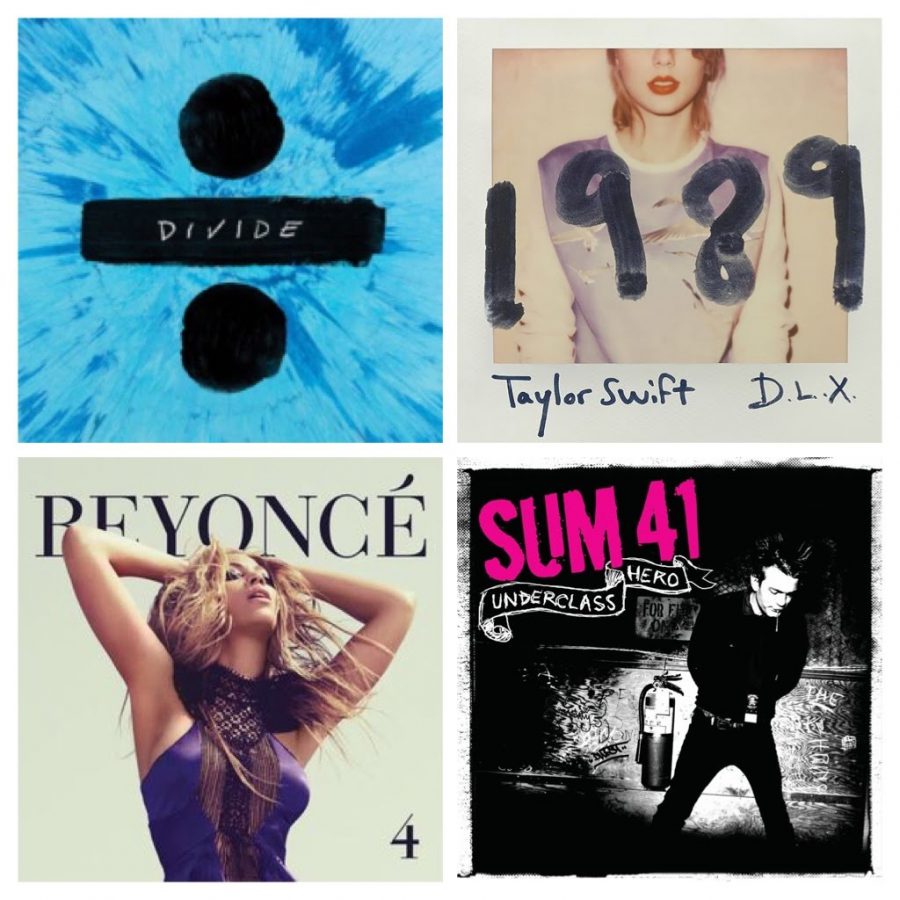 Dealing with fame, falling in love, feeling free, and precious moments with those you love is what this playlist entails.

Throughout the day there are many experiences and emotions you go through, making each day different than the last. Here are ten pop/alternative songs full of living life and dealing with a broken heart from artists including Beyoncé and the BANNERS, that can get you through any day you may encounter.

“Someone To You”- BANNERS

“Someone To You” is an alternative song by the BANNERS. This song is relatively lyrically simple, but is a wonderful song nonetheless. It sounds upbeat, but when taking the time to listen to the lyrics, the song in fact is quite sad. I feel it is a song that everyone can relate to, not just in a romantic way, but also in a platonic way because everyone wants to feel important to someone.

Contrary to “Someone To You,” “With Me” by Sum 41 is about wanting a person to understand how important they are to you, and you want every moment with them to last forever. If you are a fan of rock then you might like this song, which uses the electric guitar. This song is musically amazing, with the buildup to the chorus, and how the song gets soft in certain areas, making it a song you can listen to no matter the mood.

I cannot emphasize enough how much I love this song. The instrumentals and lyrics do an amazing job at capturing all the emotion. If you happen to share a love for sad songs as I do, then I am willing to bet you will like it. But keep in mind though it is sad, it is not an acoustic song. It is like a 2000’s pop song. This song is about someone who broke another person’s heart, and after all they have done to them, they come back around to try and win them back.

Ed Sheeran lives up to all expectations with this lyrical masterpiece. This song addresses his struggles with becoming famous. Sheeran goes through the stages in his life that got him into singing, and reveals how he has dealt with realizing that fame and money do not give you the picture-perfect life. This song even has some rap aspects incorporated within it.

“How to Be a Heartbreaker”- Marina And The Diamonds

This song gives girls all the rules they should follow if they want to be a heartbreaker because no one wants to have their heart broken. It is a catchy, upbeat song that will keep you coming back for another listen. With lyrics like “you got to have fun but baby when you’re done, you got to be the first to run” and “wear your heart on your cheek but never on your sleeve unless you want to taste defeat,” you will find these getting stuck in your head.

“You Are In Love”- Taylor Swift

Taylor Swift wonderfully crafted this song, making it, in my opinion, a lyrical masterpiece. “You Are In Love” is in a second person point of view and is about the moment you realize you are in love with someone. But often that feeling isn’t the climax of a moment, but instead when you look at that person and can just feel it. It’s also about realizing what real love is and not just the idea of it. I like this song because unlike many others, it is told from a storytelling perspective and captures what I imagine falling in love with someone would be like.

Let’s take a trip back to 2006 with P!nk’s song “Who Knew.” I like this song for the nostalgia it brings, but also because it addresses an important topic of losing someone to a drug overdose. This is one of those songs that you have to listen to closely to understand. The beat of this song has me wishing I could play the electric guitar or the drums, making it a fun listen with a safety message about the dangers of drugs.

“Not Over You”- Gavin DeGraw

Gavin DeGraw perfectly captures what it is like not being able to get over someone in his song “Not Over You.” He describes being in denial about it but every time he sees that person, he realizes that no matter what, he is unable to get past them. Many have experienced this situation, making it a relatable song. Plus, “Not Over You” has amazing instrumentals, with the strong drums in the background and piano sounds coming together beautifully.

Lea Michele’s powerful voice in this ballad is what makes this song amazing. “Battlefield” is about getting into a relationship that seemed like a good idea at first, but now the relationship is falling apart, and both parties involved refuse to acknowledge that they would be better off letting each other go. One of the best things about this song is that you can hear the pain in Michele’s voice. This makes you want to close your eyes and just sing along with her.

“Best Thing I Never Had”- Beyoncé

Beyoncé’s vocals capture the array of emotions that come with the realization of someone being the best thing you never had. “Best Thing I Never Had” is about looking at a past relationship and realizing that you dodged a bullet because at the time, that person may have meant everything to you, but now you realize that that person is no good for you. You will like this song because it is relatable, a feel-good song, and makes you want to sing along. I love the sound of “Best Thing I Never Had,” and I think it spreads a good message that sometimes a relationship that didn’t work out could turn out to be the best thing for you.