Student of the Week: Helena Brinker 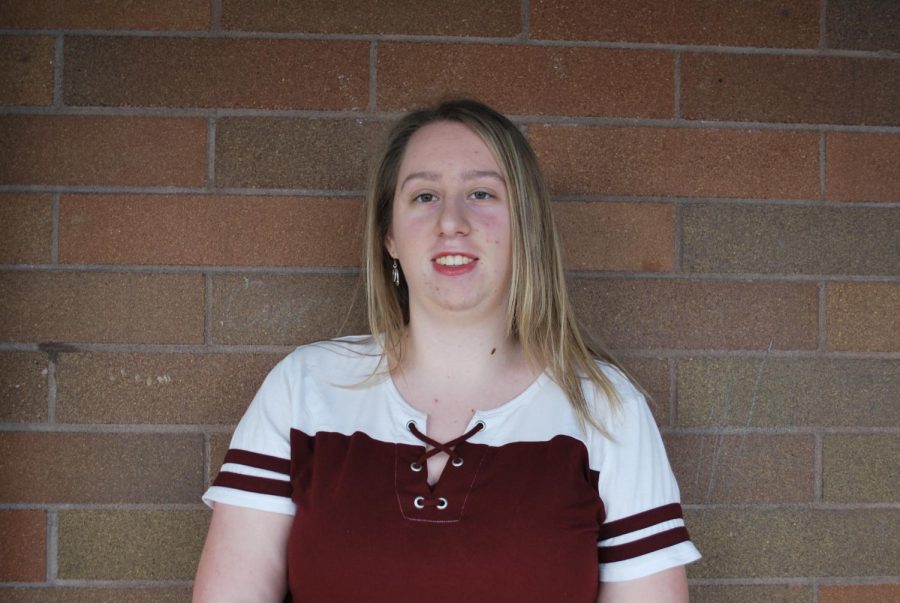 Sophomore Helena Brinker is a student who not only thrives academically but peruses her passions. From studying to baking she is determined to produce quality work.

Brinker first got into baking in 7th grade, when someone asked her if she could make cupcakes for a party. After that she discovered her love for baking. She also tries to bake for her family once a week during the school year, but during the summer she is able to bake much more.

Her favorite kind of foods to make are Swiss rolls and “french foods, like macarons.” She also says that macarons are one of the hardest things to make because you have to make sure everything is exactly right. “You have to get the consistency of the meringue [to be right],” she said. Plus it can take a long time to make them. But she also enjoys “making cupcakes and decorating them,” she said. “I like using frosting to do different detailed works.”

In addition to her love for baking, Brinker’s dedication to academics is what has kept her at a 4.o GPA so far this year.

One of her hardest classes is Geometry, because “it is all new material” and she said that it can be hard to follow sometimes. Her favorite class is 3D Art, “because we get to use our hands and build with clay and other materials.” She also gets to explore “all new ideas.”

Brinker usually will spend an hour to two hours on homework each night, “but it depends on how much [homework] I have [that night].” Her general approach to schoolwork is that she likes to do it as soon as possible, so she doesn’t have to worry about it.

One of the challenges she has during school is the amount of homework she gets “especially during semester finals,” she said. Some advice that she would give to other students is “to not procrastinate,” figure out when you will do which homework assignments, and always ask for help when needed.

One of the most important aspects of school for her is “making friends and building a community and finding out what I want to do in the future,” she said.

Although she is not enrolled in any AP or Honors classes this year, next year she plans on taking Honors German, AP U.S. History, and AP Art.

Outside of school she does CrossFit, and next year she plans on joining the swim team. In addition to baking, she says she likes to draw and “cook for my family or friends.”

As Helena looks towards the future she says that she wants to go to MIT and then Oxford. She says she wants to possibly study architecture and historical studies. She then hopes to become a chemical engineer or an engineer, but she has also thought about going to culinary school.